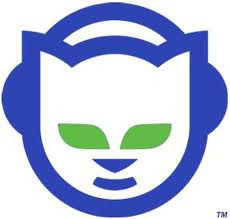 The Book Business is now experiencing its ‘Napster’ moment. It is not about file sharing and digital distribution, but about an industry facing significant digital disruption. It is a wake up call and although books face similar issues to other media industries, ‘books are different.’ Music had to initially deal with losing control of distribution and the threat of ‘free music’. However, the Book Business now have to deal with changes right across the value chain, the relationships that have supported it, from the author to the reader and even the physical spine that has bound it together for many centuries.

We now have at one end of the chain, published authors, whose reward and recognition system is imploding, whilst the number of books available and unpublished authors cambering to be heard, is exploding. Our culture is now moving from watching TV and film, listening to music and reading to one of creating, film, music and stories. The digital world has created a platform which allows anybody to express themselves and a social environment that actively demands it. We are living in a YouTube, Scribd, Wattpad, Flickr, Twitter, Facebook and Wiki world and the genie is going back into the lamp. Some may suggest that the vast majority of what is outside of ‘publishing control’ is not worthy, but others may ask who the best arbiter is.

Our book world today can only digest and develop so much content. The ‘Napster moment’ here, is a case of content creation outstripping the capacity of channel to absorb it. Some may say this has always been the case, but the reality is that the publisher can increasingly be now bypassed and is no longer the ‘gatekeeper’. As the traditional publisher route is being squeezed, authors are now increasingly siezing their new opportunities to be read

At the other end of the chain, we have the consumer, who now lives in a Google and Wikipedia world and expects instant access to everything. We have governments, stating that internet access and broadband connectivity is now a basic right and those without are below the poverty line.

We have a consumer, who increasingly is price sensitive and is being sent mixed messages by the book industry. On one hand, the industry openly wants to control prices of digital and yearn for a return to price maintenance on all books. On the other hand, we have books being devalued through suicidal discounting and grandiose give-aways. The High street retail model is becoming uneconomic but in its attempt to attract customers through discounting, is again sending out mixed pricing messages. The only winner in discount wars is the consumer.

The consumer now wants the widest range and the ability to search, select, value and get books on demand. They don’t want limited range and have always been eclectic in their buying habit.

The ‘Napster moment’ here, is a realisation that consumers can’t be manipulated and now demand ‘my world’. They are informed, eclectic, discerning and they can now find needles in digital haystacks and can virally inform and recommend in ways marketers often can only dream of. It is a case of moving from mass marketing to direct marketing in a market you can’t control.

Commerce is global, consumers are global and publishing has to grapple with how it can break free from the previous territorial shackles, which are meaningless to the consumer in a digital world.

Stuck in the Middle
In the middle of the chain are the intermediaries; the publishers, agents, suppliers, retailers etc. All of these have to add perceived value in order to survive. However they find themselves often treading digital treacle as they try to maintain the existing business and culture whilst trying to adapt to the new digital demands. Publishers who once controlled the channel increasingly find themselves controlling a channel, but the old terrestrial one, whilst the new digital one is fought over by new entrants.

The issues are significant but often basic. How do we apply yesterday’s copyright rules in a digital world that is without even the simplest of a rights registries of who owns what? How do we demand digital pricing control without a net book agreement and control of all pricing? Meantime, how can we standby and turn a blind eye as Rome burns in a fire sale on physical works? How can the existing physical channel be protected whilst it still generates 80% plus of revenue? How does publishing engage with consumers who they don’t know? How can we compete with global brands when the only real publishing brand is the author? How do we maintain and grow the bottom-line in a price sensitive market? How do we compete with new entrants who don’t have the same baggage, often different business models and can adapt quickly and can often even invent the change?

The biggest challenge about being stuck in the middle, is that once was ‘large’ is now ‘small’ and what was once ‘small’, can find itself lost in space, or very niche. Small can be beautiful and has a place, but has often no option to follow folk and avoid being stuck in digital treacle.
Posted by Martyn Daniels at Sunday, January 23, 2011

Here's the post in which I mention you: http://www.writersfunzone.com/blog/2011/01/24/resources-for-indie-novelists-the-future-is-in-the-news/