Its The Same Old Song 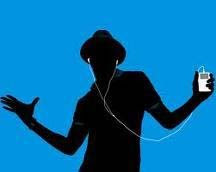 When sales fall six years running you have to be brave to keep faith, or have a trick up your sleeve. When the drop happens during a period of significant change many would question if the demise will be terminal for some.

The British Recorded Music Industry (BPI) report states that the combined digital and physical album sales fell 7% last year, from 128.9 million to 119.9 million. The fall is the sixth year in a row and change is dramatic as physical CDs go through what some believe is their death throws. The fact is that CD sales are declining much faster than digital sales are growing.

HMV is shows clear signs of fatigue in its latest results and is planning to close stores and impose further costs. EMI is in turmoil and appears to have the ability to press its own self destruct button. A price drop below 99p downloads may not be enough to breath life into and accelerate download sales to the level that would buck the decline in market size. Even with Simon Cowell’s X drive and music machine the result leads one to envisage that casualties are inevitable.

On a positive note BPI claim sales of digital albums this year have increased by a staggering 30% and also that the combined singles market recorded an record high of 161.8m. However the underlying trend is of sales decline and a shrinking market.

Alarmingly, sales of digital single tracks are already digital and some 98% of the overall figure. This means the physical single is already dead and growth is now done to digital alone. However, just under 25% of digital albums sales are now coming from online services and the percentage has to grow significantly to avoid disaster. So as the market goes digital and is shrinking it appears it must either sort out how to get albums back on the buying agenda or move back to a smaller singles driven market.

BPI has to continue to blame illegal downloading for the drop in sales and continuing to blame customers for the industry’s own failures isn’t exactly a positive move. It is clear that the industry needs to look to streaming services and advertising revenues and keep one step ahead of the market and not just expect the iTunes model to save it.
Posted by Martyn Daniels at Friday, January 07, 2011