'Obscurity is a greater threat to writers than piracy' 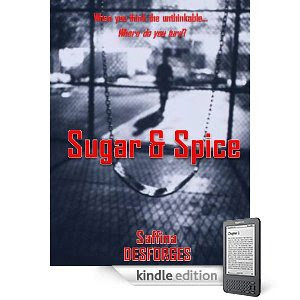 In 'Litopia After Dark', panellist Nic Alderton gave us a great quote 'Obscurity is a greater threat to writers than piracy'.For all authors, connecting with their audience and getting exposure remain the greatest challenge. They constantly chase and seek avenues which will expose their work to the widest audience.

Amazon are one of the few true innovators and one of the best executors within the book industry today. They learn fast, think laterally and act and importantly understand both the drivers for consumers and also authors.

We like many remember the days when many questioned if Amazon could make it into the twenty-first century. We ourselves saw a company with a positive cash flow, growing market share and a global brand that had no bookselling competitor of any real standing. Amazon has expanded its business offer and become the only true publishing vertical and the rest is as they say - is history.

Today, we read a local report in the Grimsby Telegraph, which normally would not pass the ‘so what test,’ but which today is worth noting. The report is not about a local celebrity, or a famous local author, but about Sarah Griffiths, of Scartho Avenue, Grimsby and who writes under the pseudonym Saffina Desforges. Her novel, ‘Sugar And Spice’, which she and co-authored with Mark Williams was self published in November last year.

The book was inspired by the arrest of serial killer and child molester, Robert Black. Not an easy subject to cover and is set against the UK’s criminal justice system. Black was a man who begged a Judge to give him a longer sentence, because he knew he would harm another child if released without treatment.

The point is, that in the 2 months since publication, the book has climbed 46 in Amazon's top 50 thrillers and number 2 in the serial killers chart. She now has a top London literary agent chasing her and traditional success beckons. The Kindle Edition is on sale today for just 71p. Yes, a very appealing cheap price that is a low risk read for any new author. The book is also available in other formats from Smashwords.com.

Amazon's recent figures show a staggering 12.95 billion sales in the last quarter or the like for like growth of 36%. We have to remind ourselves that at their core, they still have a huge affinity to books. Many have reported their claim that their Kindle books sales have now eclipsed paperbacks sales. This in itself marks a significant milestone not just for Amazon but for books and the industry. What is very salient is their reference to them being not ebooks as such, but Kindle books. When we realise that Amazon is not just in the US, but has true global reach and brand recognition, one wonders just how far they can go in dominating the industry for many years to come.

Many will point to Google and suggest bookselling competition is here, but their core is different, their motivation is different and they are not vertical in publishing but very much at the distribution end of the value chain today.

The likes of Smashwords and Amazon are defining digital bookselling and offering all authors the greatest opportunity to overcome the threat of obscurity.
Posted by Martyn Daniels at Sunday, January 30, 2011