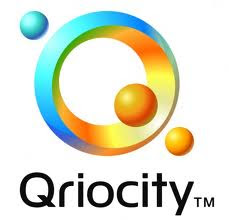 If you can’t beat them then join them.

After years of feeding new start-ups the major record labels have finally got together to start their own music streaming service in the U.S. “Music Unlimited powered by Qriocity,” was first unveiled by Sony last year in the U.K. and launched this weekend in France, Germany, Italy and Spain. The service is on a variety of platforms including Sony’s Playstation 3 game console, Blu-ray Disc player, Bravia televisions, personal computers, and Android smartphones. Music Unlimited, or is it Qriocity, is targeting the 85% plus of consumers who have yet to participate in digital music services. It will cost 9.99 euros per month for a premium service and 3.99 euros for a basic plan and they state that the service has no designs on becoming ad-supported.

Sony, Universal, EMI and Warner not only effectively aim cut out middle men, they believe that their 6 million plus songs on Music Unlimited now gives them the ability to compete head on with iTunes, who claim close to 12 billion downloads. Music Unlimited will require a payment to access songs and add them to personal libraries and will set out to rival streaming and download services such as Spotify.

The question is whether it will succeed in combating iTunes, reducing piracy and fighting off new services such as Pandora and Spoitify, which are built on a different business model? Will it fail to gain market traction and suffer like others such as Sky Songs and Music Anywhere, who thought it was just a case of turning up and switching on the lights? Is the number of Sony devices out there and their global reach, the key or an inhibitor? A similar strategy was adopted by the Vevo online video service which today claims to attract premium advertising revenue and 60 million users, but is that success?

Maybe the challenge is no longer providing a platform and a library but working out how these service will incorporate social media and provide an off-line option.
Posted by Martyn Daniels at Tuesday, January 25, 2011