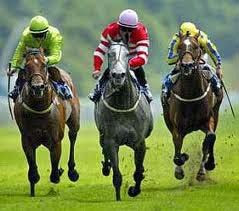 A new report released by Nielsen on January puts Apple iOS as the top smartphone operating system with 28.6% market share ahead of RIM's Blackberry OS 26.1% and Android with 25.8%. However the difference between all three is within the margin of error so they are now neck and neck.

However Google's Android is clearly on the ascent and experiencing rapid growth particularly in the US and in November over 40% of smartphone acquirers purchased an Android device. The rate of purchase of iOS devices has remained constant over the last six months. In contrast, only 19.2% of smartphone buyers in the last six months choose RIM which is a significant drop from the 35% they enjoyed in June.

It is clear that smartphones are now gaining ground over feature phones with some 45% of buyers electing them as their new phone in November.

The question now is what rabbit Apple are about to spring at CES and if they did land a Verizon model will that make a difference or will Andriod’s range of supported devices continue to prove attractive to buyers?
Posted by Martyn Daniels at Tuesday, January 04, 2011