Amazon Gets All Twitchy

We have long argued about the logic of joining up the media dots. Some see this as merging the technology and using one technology architecture to deliver all services. Others see the services as remaining separate and simply offering a ‘one stop’ consumer umbrella, which collectively makes it difficult to compete with.

This week Amazon has acquired games streaming service Twitch for a cool $1 billion ($973 million). Twitch claims to be the fourth largest generator of peak load Internet traffic, which is greater than Hulu, Facebook and Amazon.  According to Twitch it has quickly become the go-to-platform for the fast growing video game-streaming market. In July they claimed some 55 million unique monthly viewers.

Amazon’s media offer now includes physical books, ebooks, singles, print on demand, rare and used books, audio books, lending and subscription services streamed music, CD music, downloaded music, film rental and streaming, games and game streaming much much more. When you recognise that these can all be offered under one subscription service, Prime, as either supplemental services or the main offer, the picture changes. Kids Free Time is the only service Amazon has collectively offered under one proposition and subscription, but it isn’t hard to see many more such offers. Prime also unlocks the world of Amazon’s marketplace, goods of all sizes and shapes and a growing digital offer and physical delivery service which has collection points, same day delivery and again much more.

So is about building a ‘one stop shop’ and owning the customer’s first point of choice and if Amazon hasn’t got it, then its marketplace probably has. This now begs the question of why we bother to search on other services and don’t just go to Amazon first every time. After all, we will be soon conditioned to believe that that’s where we will probably get the best deal on everything and anything. Amazon gets first crack at unlocking our purse and getting our money and if the sale goes elsewhere through marketplace then they still get a cut.

So what about media and content? We know Amazon wants to take out the middle man. It is also becoming a producer, publisher, commissioner and much more across many media forms and not just selling books, films, etc. Does it want to be the only one? That would not make sense and would be unrealistic, but it will go for the quick wins and importantly go to win the hearts and minds of the self-publishing and creative-direct route.

What we have is an omnivore, which in its habit is creating a compelling consumer and creator proposition which is hard to avoid. No one only reads books, watches films or plays games and fighting a beast gets harder when it’s not just about one offer. Importantly the sum of the parts is its strength and that is not just with consumers, but with its competitors. Competitors and providers who have only a slice of the offer, have just that, a slice. They have to do that not only better than Amazon, but better than the rest who are fighting for that space. Niche is fine and can be very profitable, but it is just niche and growth is limited.

If you want to grow outside of the niche you have to find others who can help replicate what Amazon is doing internally. That’s Amazon’s potential weakness in that it has brought its offer inside. The companies may well operate separately but they are owned by Amazon. To compete then someone has to collect the same, similar or others into a group that acts as one but who remain separate. There are many opportunities but often little or limited vision or appetite for co-operatives.


To those who are searching for the synergy between Twitch and books and other media, forget it. The game is about creating a unique, compelling and universal offer and if it also provides some synergy then that’s a bonus.

Posted by Martyn Daniels at Wednesday, August 27, 2014 No comments: 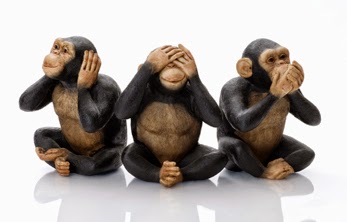 Unlike music, ebook consumption is relatively low and prices relatively high and this will reduce some of the appeal of on demand ebook subscription services. The book market will remain a mixed economy for the foreseeable future with physical, digital, see through and subscription offers.  Perhaps it time that publishers work with new stat-ups to create and support a thought through and complimentary used ebook market and not wait for the collapse of the restrictions they have today and the chance that the result may not be favourable.
Posted by Martyn Daniels at Tuesday, August 05, 2014 2 comments: