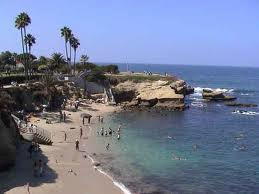 I remember fondly walking into the offices of ebook technologies in San Diego some three years ago. We say San Diego, but in reality they are in La Jolla, which is the gem, hidden away on the south west coast. The term office was loose, as it more resembled a technology lab with every size, make and model of ereaders wired to perform across every desk and often with their core exposed like dead men in a mortuary.

Why were we there? Simple, these guys and their President Garth Conboy, not only knew everything there was to know about ereaders from yesterday but also what was likely to happen tomorrow. They had grown up through the first ebook era of Softbook, Gemstar etc and had even acquired some of the technology. We needed advice and insights and saw no one their equal.

Today Google has made them their first acquisition of 2011 and have acquired ebook technologies, a small but very effective company, focused on the ebook and ebook readers hardware and software distribution. They also have acquired some interesting intellectual property and a team that is capable of interesting innovation.

The acquisition may be ‘chump change’ for Google, but by doing it, it has signalled its ebook ambitions and intent to not just provide scanning, search, discovery and sales but to be abreast and maybe even get involved in the technology itself. In adopting an "Open" position on ebooks Google needs to remain one step ahead of a growing army of pretenders,technology strategies and also evolving standards as well as the thorny issue of DRM. In Garth they also have acquired someone who knows epub standards as well as anyone and has been influencial in its development.

Well done Garth and the team!
Posted by Martyn Daniels at Friday, January 14, 2011