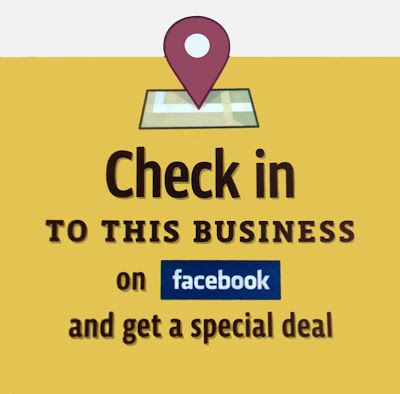 One day after saying that the social network giants were keeping to their own tracks Facebook declared that it is to launching a deal service let UK users earn discounts from high street businesses. Obviously Facebook now want Groupon’s space.

Facebook Deals becomes a virtual loyalty card or coupon system with promotions already including the likes of Starbucks, Debenhams and O2. The service will tie into Facebook Places, which allows users to share their location with friends. Now users can use Deals to take advantage of any special offers a retailer has. The service also allow participating retailers to use Facebook to offer "golden ticket" rewards or give bonuses to users who bring other friends along with them. Also certain charitable donations can be triggered by a user, for example, users checking in to shop and triggering a £1 donation by the retailer to a specific charity.

Deals has been live in the US since November in America and now will cover the UK, Germany, France, Italy and Spain. Launch partners in UK include Benetton, Yo! Sushi, Alton Towers and Mazda.

The service is alike, and Facebook will not take a slice of any income generated by the deals.

Facebook Deals is free to retailers and consumers with Facebook looking to encourage more and bigger deals with retail and service advertisers benefiting from an increased traffic
Posted by Martyn Daniels at Monday, January 31, 2011