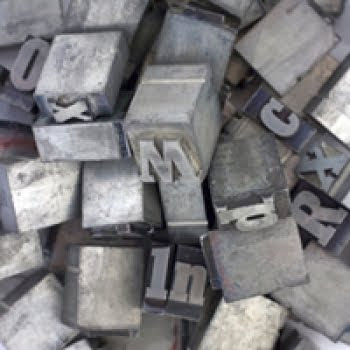 If we look back over the decade of the ‘noughties’ we see ten technology/service step changes which have all in their own way enabled publishing to be digital. They may have not been the first to market, but were first to get it right and change things.

iPhone: The iPhone redefined the mobile, the user interface, the operating system, the application, the look and feel and much more. It combined the best of the iPod and iTouch and brought them to a smartphone. It made reading on a phone acceptable and was adopted by young and old.

Amazon Kindle: It started out as just another eInk device and ended up a multi device platform, leaving many so called pretenders in its wake. The single focus Amazon applied and their determination to evolve and protect their customers investment in Amazon, was what ultimately swept the others behind them.

YouTube: Youtube did for film what iTunes did for music. It became the enabler, the changer, the vehicle that promoted us from video watchers, to video makers. It gave the masses a common platform to express themselves and view alternatives. It was and is a 'starmaker'.

epub: As a standard it unified the industry and effectively became a 'category killer'. It is far from perfect today. Many see it not one standard, but as a mere container, with many issues and variations. However it effectively killed off Mobibook, MS Reader and nullified Adobe ebook. It enabled everyone to believe we had a single standard.

Widgets: They may have been overly engineered by some and lacked a common specification, but they started to make everyone think outside the box. Context started to be used to promote and sell content. We started to use the jacket as a container for content, metadata, bibliographic record and even to be a two way communication vehicle. Unfortunately, widgets were often not understood, lacked industry standards and leadership and remain waiting to be fully discovered.

Facebook: Many will ask why Faccebook? Why not MySpace, Bebo, or even those many publishing only pretend social networks? Facebook wasn’t the best social network, but it was the one that was adopted and accepted by all. It may have started as a narrow college vertical, but it then became inclusive of all and it was this that ultimately separated it from the rest. Why do we need book social networks such as Copia or BookRabbit when we have Facebook that can include all book social connections?

ACS4: When Adobe killed off ACS3 and embraced epub under the intial Adept service many industry players said 'no way'. Adobe quickly adapted it to what is now ACS4 and it soon became the DRM service across multiple devices. Love or hate DRM, it is here today and Adobe continues to be the glue that secures epub and Aebooks (PDF) on many devices. It offers the reader the ability to buy from a wide range of resellers and read files on a wide range of readers. It offers the author and publisher the security.

The Blog: We now have social networks, twitter and a host of ways to express and share our views. Some would suggest that the blog post has had its day and that the 'real time' snippet and interaction of Tweets is more powerful. Others would suggests that 140 characters says little and merely reflects our growing sound bite culture. Whatever, blogs were the vehicle that redefined journalism and writing and enabled many to be able to express themselves to a wider audience.

The Google Book Settlement: We all have an opinion on this audacious attempt to highjack an industry for little more than chump change. It sits still on the shelve awaiting judgement, but it has single handily woken everyone up to the issues facing copyright in the digital age, the challenges of orphan works, the nonsense of territorial rights in global digital economy and the fact that as a rights business, publishing stands exposed without even a basic rights registry.

Lightening Source: LSI came of age during the decade. It quickly became the aggregator and distributor of print on demand titles. First exploited by academia and smaller niche publishers, it has now grown into a vehicle to maintain back lists, produce short print runs and enable ‘lost works’ to be brought back into print. Interestingly it also enabled Ingram to quickly grow its digital offer.

Some may ask why we did not include Android, OLPC or even the iPad. The answer is a difficult one in that they all have had a dramatic impact on the market, but we feel that they and others still to offer or consolidate a step change.

What are your top ten and have we missed the obvious?
Posted by Martyn Daniels at Sunday, January 02, 2011

It is too early to say that the iPad should be on the list. While I think it will be in a couple of years, it is still young. It is still fascinating that it is the only game in town really in that market and look forward to seeing how that pans out.

As for Android, it is also too early to tell its effect on enabling publishing. It is still mainly geared around phones. Even as the Samsung Galaxy came out this year, it is still not at the right place for mass adoption.

One could argue though that instead of centering specifically on the iPhone or the iPad or Android, the mobile app has enabled the publishing and access to content mobile in ways that were never possible before. While the internet was the wildwest that people associated with sitting at a computer or a laptop, an app is something that is designed for accessing or producing content never as easily accessible before.