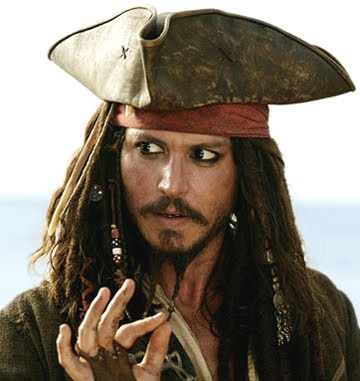 First there was Napster who opened the door for others to follow and now we find that there are now a large number file sharing sites and their business is growing at an alarming rate.

Anti-fraud firm MarkMonitor was requested by the US Chamber of Commerce to identify trends and rogue sites and monitored the illegal traffic levels on 43 file-sharing sites. They claim that these sites now generate 146 million page views per day or over 53 billion visits per year. The top three sites; RapidShare.com, Megavideo.com and Megaupload.com, generate 21 billion visits alone. Even the least-visited sites in the study were driving some 781 million hits per year.

Two-thirds of the sites are located in North America or Europe and the study was only on a relatively small sample which could suggest that the problem is in fact much bigger.

How can authorities control the activities of these sites as they become more popular and an acceptable way for many to share their music and films? The RIAA (Recording Industry Association of America) accuses the Rapidshare, a Swiss-based file-hosting firm for carrying a large volume of pirated content, but a German Regional Court has ruled that Rapidshare does not have to install piracy filters and that the firm was taking "reasonable measures" to fight piracy. Rapidshare's terms of service specifically prohibits "works the download of which violates third-party copyrights".
Of course, the above sites don’t openly support piracy and will remove pirated material where they are notified or find it but this reactive approach just puts the onus on rights owners to trawl the web to discover infringement and is somewhat like akin to shutting the barn door after the horse has bolted.

This conflict may only get more muddled as Illegal file-sharing becomes incredibly complex and trying to police it get increasingly difficult and expensive.

Enter Intel who may not have a comprehensive solution but point to a potential new direction in securing content. Intel’s, the new line of processors called Sandy Bridge are focused on consumer activities such as content consumption, gaming, and transferring content between devices.

The chips' QuickSync capabilities can convert video from one format to another at speed and has new integrated graphics capabilities that are able to handle big-graphics games.

However, it is a new inbuilt IntelInsider technology that may offer a new way to protect content. IntelInsider claims to apply DRM (digital rights management) to certain media. This may appear to be a smart move by Intel that effectively bakes DRM into chips, and could ensure rights are cleared before a user can play a major film, TV or even piece of music. Intel's Sandy Bridge chips however will only activate protection in very specific circumstances such as streaming high-definition, late-release content and only from certain Intel ‘partners’. A movie in HD on CinemaNow can be streamed by a user and with Intel's DRM in Sandy Bridge, it is now fully protected from piracy.

However, it may be the restricted way in which IntelInsider appears to work in controlling the link between the file provider and the computer that determines whether it has legs. We must remember that a file only has to be broken once and the cat’s out the bag. Also Intel is not the only chip player in town and is not a dominant force in the mobile market as it is in PCs.

It is clear that piracy is not going away but increasing and that the existing DRM solutions are not working.
Posted by Martyn Daniels at Wednesday, January 12, 2011