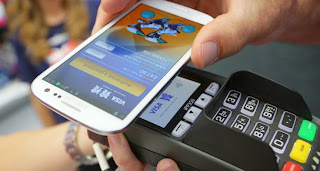 The UK Payments Council today stated that the use of cash by consumers, businesses and financial organisations fell to 48% of payments last year. This means that cashless payments have overtaken cash payments for the first time in the UK. The cash volumes are expected to fall further by 30% to some 34% over the next 10 years. It is claimed that 4.4% of adults ‘rarely use cash and the average ATM withdraw has fallen to £67. The previous cashless payment by cheque has dropped to just 1% of consumer payments whereas Debit card payments have now become universally accepted and account for 24% of payments.
We all have seen the emergence of credit and debit cards and now the attraction of Paypal to many who simply don’t want to input their card details every time they buy something. Even small value transaction such as a cup of coffee are increasingly done by cards and often contactless cards. Interestingly the migration to plastic has not resulted in a price increase or price differentiation by the retailers. The acceptance of Paypal has been significant catching out many traders who first balked at the higher service charges.
However, Denmark is moving closer to becoming the world's first cashless society, with the government proposes scrapping the obligation for retailers to accept cash as payment. They are proposing that as of next year, business such as clothing retailers, restaurants and petrol stations should no longer be legally bound to accept cash payments. Some 30% of the population uses an official Danske Bank app called MobilePay, which is similar to Google Wallet and other contactless cards and links a mobile to other users' phones or to a sensor at the till, allowing you to confirm payments with a simple swipe on your smartphone's screen.
The Nordic countries of Denmark, Sweden, Norway, Finland and Iceland lead the world in cashless payments and in and Sweden in 2013 a bank robber left empty-handed, after he found out that the Stockholm bank he held up did not carry any cash..
What is interesting in the UK is to look at the proportion of cash payments by sector in 2014.
It is easy to understand low basket value retailers such as discount and convenience stores, pubs and newsagents handling cash (68%, 78.5%, 83.9% and 84.8% respectively), and high ticket retailers such as electrical stores, petrol stations and supermarkets handling significantly less cash (33.8%, 24.5%, 43.8% respectively. However the odd segment identified was Bookshops with 45.5% cash transactions which says that they are low value and maybe more convenience than we think.


Whatever, it is clear that the move to cashless is accelerating and with it comes the increasing risk of fraud and transactional payments to third party system and service providers.
Posted by Martyn Daniels at Thursday, May 21, 2015 No comments:

When we look at the future of on demand and streamed media services the clue is in the word media. We are no longer shackled to thinking of vertical movie, music, games but media hubs that satisfy all under one subscription.
To bring the point firmly home Spotify has announced it is adding more non-music content to its app. The expanded service will include radio podcasts, news bulletins, video clips and moves their 60 million regular users which span some into a media one stop shop and they also have introduced a new running mode that matches music to the pace of the listener which is based on feedback from their smartphone's built-in sensors.

The news comes on the same day that The Verge disclosed the details of Sony’s Spotify contract and raised questions of whether the model worked in the best interest of the production companies, or the artists. The move is also intended to protect Spotify from competitive threats from Apple’s planned streaming service and YouTube’s expansion moves.

What is clear is that Spotify has a vision past music and one which if successful will help protect it from the new Spotify can provide music that matches a runner's pace.

The big question is whether Spotify’s 15 premium subscribers want and will use the extra services today and allow Spotify to float their service on the stock market.

Posted by Martyn Daniels at Wednesday, May 20, 2015 No comments:

Are Enhanced eBooks a Digital Grail? 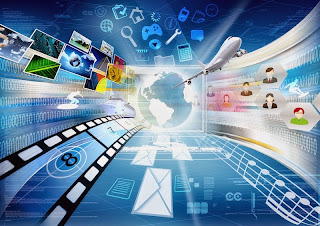 What is the state of the ebook market and are there significant differences between the various different market segments and geographical regions?

The question is not new and there are a significant number of opinions on the answers. However, different markets move at different speeds and sometimes in different direction and facts are often out of date and views often reflect vested interests. The BookNet Canada annual survey of Canadian publishers, 'The State of Digital Publishing in Canada'  findings may be subjective, but the range of questions asked and the ability to track these against the same survey result from last year, make it a worthwhile read for all and one which should be replicated in other markets.

It is easy to relate to; the 93% of publishers producing ebooks, the 50% of active titles that are digitised, 24% of respondents who have digitised over 75% of their backlists, the 52% who have seen increased revenues between 2013 and 2014, but the big question remains on the size of growth we can expect from ebooks moving forward and whether they need to change to realise further market penetration?

Interesting questions where again asked on enhanced ebooks.  Do we continue to pour the same physical book into the digital container and believe that the job is done? Do we look to enhance the digital version to make it more collectable, even though, increasingly the public are aware that they are not buying, but merely licencing a digital copy? Are we in fact looking at the question of differentiation the wrong way and in striving for the new to be better, losing sight of where the greatest value is perceived and potential enhancement required?

This clear drop in confidence by publishers in the enhanced ebook will almost certainly be self-prophesying and result in fewer enhanced ebooks, which in turn will reduce any market result further. When coupled with the result that only 25% have developed mobile apps, it either says that there is no market demand for digital enhancement, or that it will take others to step up to the plate to make a change happen.

Why is the debate relevant today?

Firstly, we have seen a flattening out in ebooks sales in the trade market in the developed digital markets. Secondly, we have heard increasing media noise about the love of paper and the immersive and tactile book experience. Importantly we have seen little new ebook or digital content market change. Even the conference and marketing noise has refocused itself more towards eMarketing and less about eContent. Various reports have started to question the market’s appetite for merely more of the same digitally. Finally, the illogical subscription offers have started to unravel as consumers do the maths.

As other media segments all look towards expanding their own propositions and consumer reach, the question of who does what, who is in the best position and who owns what, starts to take shape. We often hear about the game and video opportunities for book publishers and assume that book publishers are best placed to realise these, often forgetting the on the other side of the fence the other media segments are eying up books with the same thoughts. However, until an ebook has the longevity to be a true sustainable consumer investment and not just an often non-transferable commodity licence, book publishers may well not wish to waste their resources listening to advisors who are often chasing their own Digital Grails.
Posted by Martyn Daniels at Thursday, May 14, 2015 2 comments: