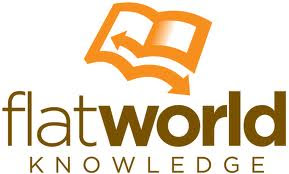 Bertlsmann are putting in $15m funding for Flat World Knowledge, a college textbook publisher seeking to commercialise “open source” educational material. We have watched Flat World Knowledge, since it first appeared on our radar in 2008 and we wrote about it,‘Flat Meets Round World Head On’ and the world of creative commons attribution licence (CCAL). We then wrote about it securing $8 million of investment and later in 2009 we covered 'Wired's' update on the company.

Flatworld pricing is based on an 'a la carte' model where online can be free, a PDF some $20 and a printed rendition of the same textbooks could cost up to $60. Flat World’s use of Creative Commons licenses also is not just to the student to allow unencumbered non-commercial use, but also the lecturers to add supplemental material.

Now $15million of investment funds from Bertelsmann and others such as Bessemer Venture Partners will enable FlatWorld to expand its offer to include the 125 most popular courses on college campuses. Flat World are very well positioned to exploit open digital textbooks with a model that significantly reduces costs for students whilst also giving professors greater control over the content.It also signals Bertelsmann’s intent to move into the world of education.
Posted by Martyn Daniels at Thursday, January 20, 2011