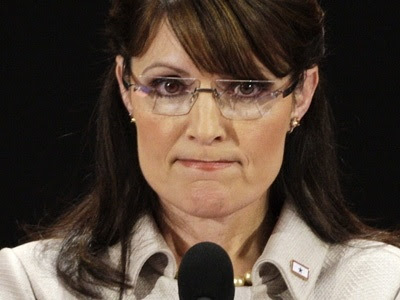 HarperCollins is planning to bring forward the publication of Sarah Palin's memoir, "Going Rogue: An American Life," from Spring 2010 to November 17th this year. They obviously believe that it can compete in that Christmas market and after all, the quicker its on the shelf, the quicker it will earn out.

The ebook version is being held back a few weeks until December 26th so that they can learn what impact it has on sales and according to CEO Brian Murray, ‘The publishing plan is focused on maximizing velocity of the hardcover before Christmas, at a time when hardcover sales in the industry are down 15%.’ However, in contrast Harper are publishing Michael Crichton's novel, "Pirate Latitudes," which will be available as an e-book Nov. 24, the same date as its hardcover release. Truly some would suggest that Harper see the market as one big testbed and consumers as mere numbers to be crunched in the pursuit of ‘maximising the velocity of the hardcover before Christmas.’

Today we are clearly seeing the emergence of a US ebook market. It has many consumer issues on price, DRM, devices, but confidence is growing despite these potential obstacles. If publishers are inconsistent in how they address these and the release dates, this will not only potentially confuse consumers, but begs the question as to whether consumers are being used in pursuit of ‘maximising the velocity of the hardcover before Christmas.’

Let’s not mix up issues. Harper are not saying that they are delaying epublication because of piracy issues, it is purely down to money. The jacket price will no doubt be factored to accommodate discounting and the marketing hype geared to sell hardbacks at maximum margin. Some would suggest it isn’t hardback cannibalistion that is the issue as much the lack of credible ebook price within the market. At a time when you want readers to invest and have confidence in digital the last thing you should consider is potentially insulting their intelligence.

Perhaps Palin’s title is quite apt!
Posted by Martyn Daniels at Wednesday, September 30, 2009