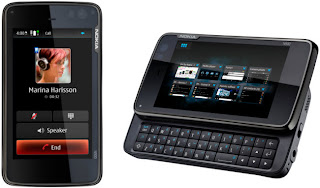 We have written about the soon to be launched Nokia N900 phone/netbook /smartphone. Now Nokia have announced a competition to encourage, hackers, designers developers and other creative types to use the devices and become familiar with it. The PUSH N900 project was launched on Sunday with the aim of giving people the chance to “get their hands on, and heads inside, the new Nokia N900 and the Maemo platform.” It offers all opportunity to submit a simple brief to Nokia, detailing how they would hack into and modify the N900 and Maemo in order to connect it to something they cherish. Winners will receive a N900, in addition to support and funding to develop their idea, which will then be showcased in flagship Nokia stores around the world.

The deadline for written, Visual or videoed submissions is the 5th of October and the winners will be announced on the 25th.

We hope that the competitors find it hard or that the enteries close any holes – why because we see the N900 as a potential competitor to the iPhone, Palm smartphone world.
Posted by Martyn Daniels at Friday, September 18, 2009