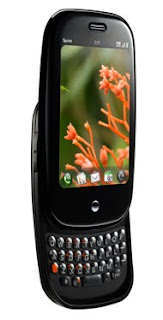 Is Palm going to make the transition from past player to serious iPhone competitor? Its financial figures would indicate that it is improving its performance ahead of Wall Street expectations but will the Pre save it or prove yet another tombstone in the smartphone wars? Predictions had varied, with most expecting losses of around $35m, revenues of $297m and around 500,000 units sold. The results after one time losses delivered a loss of $13.6, revenues of $360m and units sales of 800,000.However, despite the next quarter being Christmas and European launch of the Pre , the company expects sales to as low as $240m.

Palm has a strong track record of delivering pioneering products such as the Palm Pilot, Treo handset and the Palm Pre but the market is now fiercer than even and the brand is no longer a leader. Palm must capture not just the device technology market but also the app space, the operating systems and the carriers. Aligning itself with O2 in the UK may be seen by many as not a smart move as it has pitched and exclusive tent alongside the iPhone which is either a stroke of genius or as we fear one of madness.

Last week Palm cut the price of the Pre and announced the launch of the Palm Pixi, its second device powered by its new webOS, again some may say not an act of confidence or a wise move unless it delivers the appropriate lift in volume.
Posted by Martyn Daniels at Friday, September 18, 2009