The mobile world is buzzing with new sets and launches:

The Pulse Android ‘pay as you go’ handset by Huawei will hit the market in October and have a 3.5in touch-screen, a 3.2-megapixel camera, GPS and comes pre-installed with Google applications like Google Maps and Gmail. Users will also be able to download applications from the Android Marketplace. The price is £179.99 and for an extra £5 per month, or a £1 a day, you can have unlimited internet access with T-Mobile. The device will also be available to contract customers.

Interestingly, Nicola Shenton, T-Mobile's head of handset marketing states, “With Android, we don't need the iPhone.” A somewhat brave statement but in today’s iPhone exclusive world he has little choice.

LG BL40, or new LG Chocolate, will be available on Orange and the Carphone Warehouse from this month. The original Chocolate sold more than 21 million units worldwide. 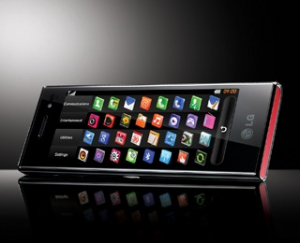 The new Chocolate features; a 4-inch, 21:9, 345 x 800 WVGA capacitive touchscreen capable of displaying 16 million colours and even has a split screen dual functionality, which means you can have two applications running literally side by side. There is a 5-megapixel camera with LED flash and Scheider-Kruznach glassware and a micro USB port plus a 3.5mm jack.

Then we have the latest revision of Microsoft's mobile operating system,Windows Mobile 6.5. which boasts a new user interface, the revamped OS, the Windows Marketplace for Mobile app store and offers users a hosted backup service called My Phone. The LG GM570, will go on sale on 6 October, the official release date for Windows Mobile 6.5. In the UK and will be exclusive to Vodafone.
LG have claimed its intention to launch 13 new Windows Mobile handsets worldwide by the end of 2010, which in any world is aggressive.

So in one month we must choose our new handset, or wait. This may mean changing carrier and may even mean giving up cherished features like free skype. We are undecided but eagerly waiting to be tempted.Which would you choose?
Posted by Martyn Daniels at Thursday, September 03, 2009

Hi all...
I am playing games on pc and i like to know more about mobile...
I like this article because it's provide lot's of fun and knowledge...

LG has revealed its first Windows Mobile 6.5 phone, the GM750, which our whipsmart colleagues at ZDNet UK reported in a photo story about the forthcoming OS upgrade.