Dreaming Can be UnWise Ms Hodge 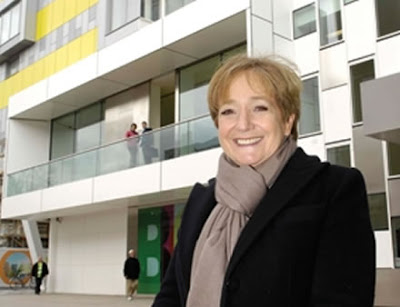 So we are discussing a public library where the reader can sit at home, make their selection online, have the books, DVDs, whatever, delivered to their home and one which will allow members to drop off their books at other libraries. Some think what is being proposed in the UK is daring and could even rival traditional retailers and Internet stores such as Amazon and that it will revitalize the library system. The plan which will also recommend late night opening and a new marketing model based on the most popular bookshop chains, will be published next month by Margaret Hodge, the arts and culture minister.

The reality it is already coming even without Ms Hodge!

Libraries in many countries now supply ebooks and are open all hours. Digital books can be loaned out and become unreadable after a time period. This truly is a virtual library offer and exists today so why try to retro fit it into the physical world? We already have interlibrary loans so why extend the inter library returns to something which clearly isn’t very green nor wise in the current economic climate?

The idea that libraries become a bookstore is very interesting as it smacks of a pseudo nationalization of bookstores. Hodge also suggests that local authorities should consider relocating libraries to train stations and supermarkets. So what is left in the Hodge vision? Maybe she desires a pact with Google, Espresso print machine in every library, product placements inside every jacket, or perhaps to turn those libraries into property development plots?

The issue we must discuss is the potential conflict between the retail and library commercial models and its impact on authors, publishers, retailers and readers. Some may suggest that Ms Hodge obviously is somewhat a dreamer and her grasp of publishing economics is somewhat short of reality. We even had to check that it wasn’t April 1st.
Posted by Martyn Daniels at Tuesday, September 29, 2009