LG Goes Android For A Day 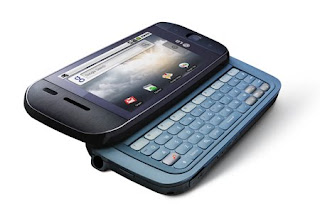 One week after announcing 3 new Windows based mobiles, LG have announced their first Android mobile, the LG-GW620. It now appears that the manufacturers are spread betting on which operating system is going prevail with even the likes of Nokia backing multiple horses.

The LG-GW620 looks an intresting contender with full touch-screen, a sliding QWERTY keypad enabling rapid web-browsing, SMS creation and a easier user interface. The screen is 3” inches in size and the phone has 3G capability and the usual LG style.

The LG GW620 will be launching in Europe in the 4th Quarter of this year. So the big question is Android, versus Palm, versus Apple, versus Windows, versus Symbian, versus Linux, versus RIM. Who has the iconic device? Who will have the best apps? Who will have the best carrier or have a carrier independent approach? What is clear is that devices are two a penny. Tethered carrier deals aren’t consumer friendly and unless you can run multiple concurrent apps then the single app mindset of Apple can wear thin. We have the challenge as our contract expires soon and its coming close to decision time!
Posted by Martyn Daniels at Monday, September 14, 2009