Wrist Phones - Room For a Kill? 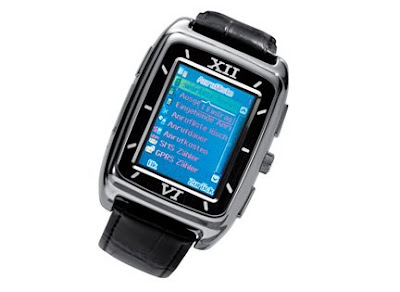 So James Bond has got competition! First there was the LG wrist phone and now another Korean company has enter the market with Hyundai Mobile UK, which was only started in January, announcing its own wrist phone. The Hyundai phone looks a bit clunkier, and even with the leather strap and mock watch-face still looks less sophisticated and certainly not as well designed as that concept wrist phone from LG910 we drooled over and which is planned for an exclusive with Orange.

The Hyundai ironically named MB 910, has a touch display, but is not a 3G phone, but is tri-band and work in 900/1800/1900 MHz, so can be supported by different networks around the world. It offers internet browsing, 70 hours of standby time and for the wrist, weighs 58 grams. The MB-910 phone watch naturally includes a Bluetooth headset but also has email, video playback, a music player and is already on sale in mainland Europe. It is scheduled for June release in the UK but has not secured a carrier to date.

The LG phone is £500 while the Hyundai may have hit a soft spot at £200. So will the new craze take off and will it be adopted by the cheap, younger end or the fashion driver label older end?