Wolfram Alpha to Take on Google?

As rumours surface about Microsoft still being interested in Yahoo and reopening the ‘will they won’t they ‘or on off search engine wedding of last year, we read about another new search engine under development and being hyped as a strong challenger to Google's dominance. 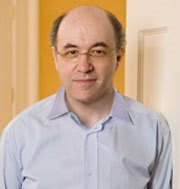 Currently, search engines can carry out searches for terms and phrases in the text, but British computer scientist Stephen Wolfram, has created ‘Mathematica’ which is within ‘Wolfram/Alpha’ a "computational knowledge engine" that is able to compute the answer to any factual question.

Wolfram wrote in an Ablog posting, "With Mathematica, I had a symbolic language to represent anything, as well as the algorithmic power to do any kind of computation. And with NKS, I had a paradigm for understanding how all sorts of complexity could arise from simple rules. Armed with Mathematica and NKS I realised there's another way: explicitly implement methods and models as algorithms, and explicitly curate all data so that it is immediately computable."

Well that was a simple explanation wasn’t it?

The new search engine launches in May and should be capable of understanding what it is you are asking and be able to calculate a precise answer to your query.

Will it succeed or fail? Will mircoyahoo ever learn that two heads are better than one? Will other search pretenders such as the ex Google engineers Cuil live up to their hype? The only thing that is certain is that someone will develop a winner but whether it can make it is down to the market not the technology.
Posted by Martyn Daniels at Tuesday, March 10, 2009