Deric Longden: R.I.P. A Funny and Caring Man Who Shared All 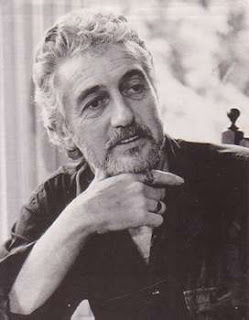 Deric was a bestselling writer, a journalist, broadcaster, screenplay writer, after-dinner speaker and a lover of all people and animals. Who else do you know that has written some six autobiographies about his life caring for his first wife Diana, who suffered with ME and his second wife Aileen Armitage, who despite being blind, had written some 34 novels and won Woman of the Year. However, Deric also cared for cats in all shapes and sizes and many other animals which are recorded in his many books and short stories. His witty observational view of life and what it often threw at him was written in such a way that struck a chord with many.

Deric was born in Chesterfield in 1936 and married Diana Hill in 1957. They had two children, Sally and Nick. After various jobs he took over a small factory making women's lingerie, but began writing and broadcasting in the 1970s and before long he was writing regularly for programmes like 'Does He Take Sugar?' and 'Woman’s Hour'. Most of his work was based on his own experience. The demands made on him by Diana's illness, subsequently believed to be a form of ME, forced him to sell his lingerie, and since then he devoted himself to full-time writing, broadcasting, lecturing and after-dinner speaking.

From the experience of those years of ‘love and pain’, Deric wrote Diana’s Story, which was first read on Woman’s Hour by Deric himself and voted by Radio Four listeners as the most popular serial in 50 years of broadcasting. Diana’s Story, published in 1989, some years after Diana's death, was a bestseller. The book hit the Sunday Times bestseller list straight away, won the NCR book award. It was followed by Lost for Words, The Cat Who Came in from the Cold, I’m a Stranger Here Myself, Enough to Make a Cat Laugh and A Play On Words. Deric Longden's first two books were adapted for television under the title Wide-Eyed and Legless, and an adaptation of Lost for Words. Both were nominated for multiple BAFTAs and Lost For Words, screened in January 1999, attracting an audience of more than 12 million viewers and won the Emmy for best foreign drama and a BAFTA for Thora Hird as best actress.

Bibliophile Books digitally converted his titles and rereleased them as ebooks. This has enabled Deric’s humour and insights to reach a new audience, build his fanbase and importantly ‘got the car back on the road.’ He didn’t fully understand digital but loved the fact that he was reaching new readers and that they loved his writing. In 2012 Bibliophile published a new title, Tailpieces, which was a collection of his humorous cat stories.

A number of years ago whilst constructing his web site www.dericlongden.com I interviewed him.

Below is an extract from that interview:

What started you writing?
Deric said, “I always wanted to write but never did anything about it other than little bits and pieces for my own pleasure. Then in 1974 BBC Radio Derby ran a five hundred word short story competition. Each entry had to be submitted under a pen name and so I called myself ‘Biro’, which I thought was a pretty good pen name.

My story was about a hundred year old man who put his great age down to the fact that he had always lived in a house without an outside lavvy. It kept you on your toes, he said. There was no easy trot upstairs like when you have one inside.

You never quite knew when the urge would come over you and you’d have to gather together your packet of twenty Capstan full strength and your box of matches. Grab the Daily Mirror from under the dog, slip the lavvy key off the hook and then vault the old wooden gate as you sprinted some thirty five yards up the garden path in the pouring rain. You could never relax for a moment.

Somehow I won and the following year I entered again, this time under the pen name ‘Papermate’. I wrote a story about a shepherd who only had two sheep and rather than leave them out on the lonely moors at night, he would take them home with him.

Most shepherds dip their sheep only once a year, but he was able to do it once a week because fortunately he had a double draining sink unit. Afterwards he would pop them into the tumble drier – for forty five minutes on woollens.

I won again and the following year went for the hat trick. A week after I had posted my entry the producer rang me.

I said that I was and he told me that I looked like winning again and made me an offer I couldn’t refuse.
‘If you withdraw we’ll give you a regular weekly slot’.

Two and half thousand broadcasts later I wince slightly when I look at the stories now, although if I’m honest with myself, I smile as I wince.

How do you feel when your work is abridged, say for the Reader’s Digest or for radio?

Rather wary. A radio abridgment can sometimes amount to little more than butchery, but I have been very lucky. BBC producer, the late Pat McLoughlin, accepted both ‘Diana’s Story’ and ‘Lost For Words’ for Radio 4’s ‘Woman’s Hour’ and whittled them down so that they ran for just a dozen or so fifteen minute episodes, but Pat completed the task with such skill that the book sounded as though it had merely gone on a diet and lost a few pounds.

Which do you enjoy most, Journalism, broadcasting, writing sketches for comedians, writing books, screenwriting or making speeches?

Writing books. I don’t have to leave home.

Where did you first meet Aileen?

I interviewed her for the BBC and she talked me through great slabs of her life and thirty odd books but never once mentioned that she was registered blind. I only began to have my suspicions when she stubbed her cigarette out in the sugar bowl. I seem to have been blessed with women who have no idea how to moan.

Do you think you have helped other writers?

I would like to think so. I have certainly tried, both individually and through classes on residential courses, but perhaps the fact that I failed miserably in every exam that ever came my way, from ‘eleven plus’ to ‘O’ levels, hopefully convinces them that if I can do it they can do it and that writing is not merely the province of the Oxbridge set.

Which of your many awards give you the most satisfaction?

How kind of you to say ‘many’? I think each in its turn gave me a fantastic kick at the time, some over here and some over in Europe, but I suppose the International  Emmy award has to be the most prestigious and also the Peabody Award, little know over here but greatly prized in America, was a wonderful surprise.

Anonymous said...
This comment has been removed by a blog administrator.
11:29 am

Anonymous said...
This comment has been removed by a blog administrator.
11:28 am

Anonymous said...
This comment has been removed by a blog administrator.
12:45 am