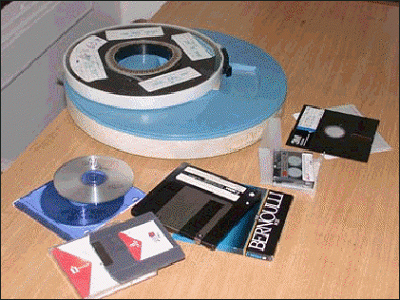 Have you ever opened a cupboard to find an old eight track, a cassette tape, and old vinyl disc when you no longer have the device to play them on? That may not be that bad but imagine in business or the arts? Think about computer files that no longer play because the software that once read them is long gone. The policy of many to date has been to convert these to the latest formats and in then continue the process as they too go out of support. Britain's National Archive estimates that it holds enough information to fill about 580,000 encyclopaedias in formats that are no longer widely available and research by the British Library estimates that old digital files costs European businesses about £2.7bn a year.

That may soon change. A pan-European research project, Keep (Keeping Emulation Environments Portable), aims to create software that can recognise, play and open all types of computer file from the 1970s onwards. Using an emulator, researchers hope to ensure that digital materials such as games, websites and multimedia documents and are not lost for good. The emulator will also be regularly updated to ensure that all formats remain supported in the near and far future.

Long lost file formats could soon be resurrected by pan-European research.
The 4.02m euro (£3.58m) project involves Portsmouth University researchers who aim to create a universal emulator that can open and play obsolete file formats and other institutions such as the national libraries of France, the Netherlands and Germany, and the European Game Developers Federation.

We wonder how the project will deal with that other issue impacted by obsolescence – DRM.
Posted by Martyn Daniels at Sunday, February 15, 2009