Toshiba to Shake the Mobile Market? 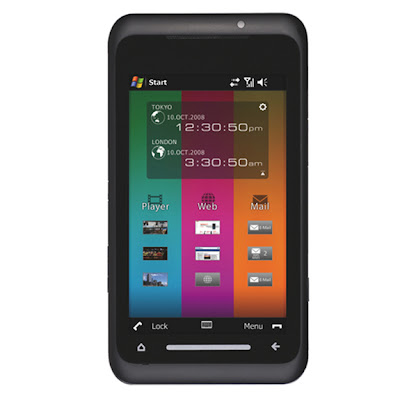 Last week it was Dell now its Toshiba. It is clear that the computing manufacturers are all seeing a bright future for the smart phone and all want a slice of the action.

The Toshiba TG01 is expected to be officially announced at the Mobile World Congress later this month. At weighs in at only 0.39 inches thick, compared to the iPhone’s at 0.48 and TMobile G1 at 0.6. It’s VGA touch screen display is 4.1-inches wide with 800-by-480 resolution again superior to the iPhone. So appears a winner on size.

The TG01 will be the first mobile to run on Qualcomm’s 1GHz T- Snapdragon QSD2850 chipset. Qualcomm claim the chip offers, speed, better power management and greater battery life. It has the usual features and even a shake-to-answer, or disconnect, or even navigate option, so you need to avoid jogging or going over bumpy roads. It is also expected to come with a stylus.
The TG01 will run on Microsoft’s Windows Mobile 6.1 with a new graphical interface and full Flash support. The inclusion of Flash is a powerful plus offering access and navigation to any Flash-based Web site, the ability to watch videos that may only be available through a Flash interface. In addition to the Windows Mobile programs already available the TG01 will have built-in access to Google, Facebook and YouTube and Toshiba is reported to be on games specific to the device.

Release is expected mid year and channels and price is yet to be announced.
So the market is hotting up. The Computer manufacturers are coming in battle, the operating system are at war, the carriers are fighting for share and applications are being generated daily. Can anyone truly dominate a market that is so diverse and volatile? What will be the killer application; a game, films, exclusive content, some new combination? Will mobile churn continue at its current rate fuelled by renewable contracts or will consumers opt to buy or stay put rather than upgrade at today’s rate?

What is clear is that the iPhone shook the market as the iPod and iTunes shook music and we are now seeing the response. However unlike music which could simely shift DRM free and top MP3 this is a far more complex environment with many vested interests.
Posted by Martyn Daniels at Wednesday, February 04, 2009