Yet another Day and Yes Another Smartphone Entrant 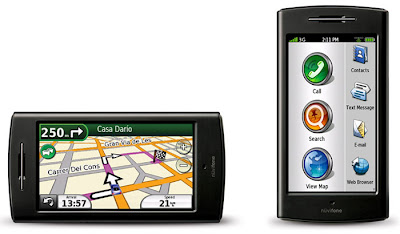 You can add Notebook manufacturer Asus and navigation system manufacturer Garmin to the increasing list of smart phone contenders. It make three we have written about in one week! The only difference is that Asus and Garmin have announced a "strategic alliance" to deploy a line of cobranded mobile phones. Both bring value to the venture; Garmin in its mobile telephony and navigation, Asus, with its impressive ultra-small Eee PC netbook technology.

Garmin originally announced plans for its Nuvifone in 2008, which now is renamed G60 and will be available in the next few months. All the Nuvifone devices will be LBS (location-based services) offering the same true turn-by-turn, voice-prompted navigation features built into Garmin’s devices. Users will also have access to Ciao, a social networking application that serves as a bridge between multiple location-based social networks and integrates them into one device.

The combination of the LBS Sat Nav and notebook technology is both interesting and compelling, as it potentially wipes out the SatNav devices as we know them today and breaks down the barriers between the notebook and the smartphone. The question we ask is what happens to Germain’s existing market and are they descending from the top of a SatNav peak, which has reached its summit, to now climb a far taller peak in search of bigger rewards? Asus on the other hand is in a great position to give the user choice of experiencing the same applications and access on different devices. The Asus question is on how far do smart phones and notebooks go before they morph and if Asus think this may happen then they have taken a bold step.

However, as with all the contenders there is a huge battle ahead in a tight market and the smart phone wars are going to prove to be very interesting indeed.
Posted by Martyn Daniels at Friday, February 06, 2009