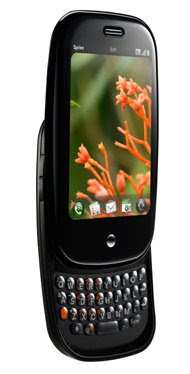 So today Palm has set out to reinvent themselves. They have finally realised that their devices have been obliterated on all fronts and what was once a must have device – the PDA, and the Treo smartphone are no longer on the consumer radar.

Enter the Palm Pre a touch screen smartphone aimed at competing with the iPhone and revitalising Palm’s fortunes. The Pre comes with eight gigabytes of storage, GPS navigational capabilities, Wi-Fi networking and a slide-out keyboard. The Pre is to be distributed by Sprint and is aimed at helping them compete with AT&T’s iPhone alliance.

Palm face a number of significant hurdles, not least their market position and economics would lead some to suggest that they are not the most stable of the players in this market. As applications become more important to smartphone consumers, how do they get application developers to use their WebOS platform? Can they really expect developers to drop iPhone, RIM, Android or Symbian applications in favour of the Pre?
Posted by Martyn Daniels at Friday, January 09, 2009