Dell's MePhone to Challenge IPhone and the Rest? 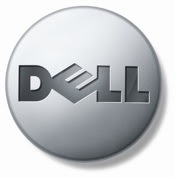 The Wall Street Journal has revealed that in February Dell will introduce two new mobile phones at the Mobile World Conference in Barcelona. This puts the direct market PC manufacturer head to head with market leaders Apple, Research, Nokia, Palm, and the many others scrambling for the smartphone market.

One of the phones will be touchscreen-only while the other will be similar to the TMobile G1 with a slide-out keyboard. One will feature Windows Mobile the other Android but little else is confirmed today. Dell's "MePhone" is also reported to not go on sale until September.

The one interesting aspect of Dell’s operation is its ability to shift boxes off the Internet and promote and manage this operation minimising inventory, maximising the relationship build with the customer and importantly making higher margin or being able to sell at lower cost. Will Dell’s business model work better than the high cost operations of its new competitors? Will it be able to cross subsidise and leverage their existing customer base?