Keitai Lessons in Writing for Mobiles 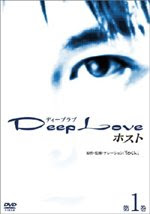 We have written several times about the Japanese ‘keitai’ mobile phone books and how the writers are adapting to this new format and reaching this new audience.

The western world continues to kick-start the appeal for reading, but continues to do so using the format and presentation that worked yesterday. We still take finished books and shoehorn them into ebooks and think that they are different and will somehow transform the unread into the well read and the paper and card libraries, into digital ones. We see the attraction that the iPhone book has generated, but continue as before pushing the ‘looky-likey’ book eink readers.

Japan has cultural difference and similarities with the western world and understanding these may offer a way forward. Almost every Japanese adult has a at least one mobile and 31.3% of elementary school students and 57.6% of middle school students have mobiles. Net Asia says that as many as 22.3% self-identify as mobile phone addicts. According to a recent Mainichi Shinbum newspaper survey, 86% of high school, 75% of middle school and 23% of grade school girls read cell phone novels. Talking on the phone in many places is frowned upon, so people tend to text message, which is also cheaper than voice services. As a result people are used to reading on mobiles much as many are on their Blackberry today.

Commuting in crowded trains is where the Keitai novel works best, with works published in 70-word instalments, or abbreviated into chapters that are the ideal length to be read between stops. This means that, despite small cell phone screens, lots of white space is left for ease of reading. Not surprisingly the appearance is often similar to manga with multiple short lines of compressed sentences, fragmentary dialogue, with mobile symbols.

Interestingly when we look at the instalment offer here we see books often written for a different age and to be read as page turners or at leisure being chunked into frustrating reading instalments. DailyLit.com try’s hard to provide the experience, but misses not in its execution, but in its content.

In August 2007 we wrote about Yoshi’s ‘Deep Love’, a story which now has sold some 2.7 million copies and spawned a TV series, movie and manga. The popularity of the genre is spreading, 10 of the bestselling printed novels in Japan in 2007 were based on mobile novels, and each selling around 400,000 copies. The sales were strongest for costly hardcover, where readers had already experienced the work on their mobiles.

However the Keitai novels are not being taken up by adults, who often criticise the lack of diverse vocabulary and a general dumbing-down of traditional literary approaches. Some call cell phone novel enthusiasts ‘yutori,’ slang for those who cannot properly read, write or think. Keitai novels do not go through the editorial selection process; they are first Keitai then are turned into books once popular. It’s like creating a novel based on a film.

Perhaps we have the opportunity to create a new genre, spawn new writers and engage with a new audience. However to do so we may have to let them self publish, experiment and promote organic growth.
Posted by Martyn Daniels at Thursday, January 29, 2009

I'm not sure a pre-condition of mobile addiction is really what we want when we come to find new forms of fiction in 'the West'. What we want is story satisfaction, and if that works with 'looky likey' ebooks, then hurrah.

There will be an interesting discussion of the content and literary merit of Keitai Novels at Japan Society of New York on May 5. It will include poet Dana Goodyear of The New Yorker, who recently wrote a piece on the topic for The New Yorker. Information about the event can be found at: Ketai Novel Lecture