Publish and be Dammed – Its Often Good for Business 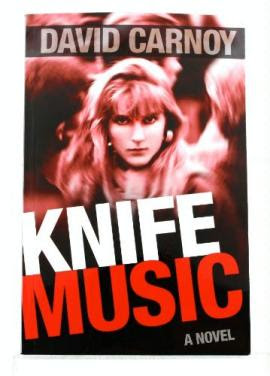 We wondered if it was a spoof some sort of joke but it appears that Apple has become a censor on their new App Store. An e-book Knife Music by CNET’s Davis Carnoy was submitted to Apple's App Store but was only accepted after the author removed two offending F words as it contained ‘objectionable language’. Carnoy removed the words resubmitted the application and it was approved.

So if you write a book full of objectionable language, the shelves are full of them, it appears you must not make them into an application but retain them as a pure ebook. Fine, as long as we understand the rules. Frankly some would question them being submitted as an application in the first place, but we guess publicity may be the answer.

Then there is the case widely reported about former UK ambassador to Uzbekistan Craig Murray and his follow-up to his bestselling memoir Murder in Samarkand. Due to legal threats The Catholic Orangemen of Togo was dropped by Mainstream. The book, covers Murray's time in Africa between 1997 and 2001 as part of the British diplomatic service, as he negotiated peace with Sierra Leone rebels and worked towards democracy in Ghana.

Murray has made the book available for free on his website and other sites across the internet, as well as self-publishing a number of hard copies which he is selling, signed for £17.99. With a reported 15,000 downloads on its first day and the publicity already achieved he expects sales to exceed the 23,000 of his first book.

Censorship is often a two edged sword that proves time and time. The Internet just makes it easier to spread the word and get the attention of a huge audience.
Posted by Martyn Daniels at Saturday, January 17, 2009