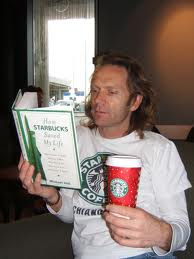 When Starbucks signed up Paul McCartney and others to release their latest albums through them, it was interesting and some would agrue it made sense. They then went on to their work with iTunes through Hear now. However,‘the latte to go’ company is now teaming up with Yahoo and aim to go one step further by adding free ebooks, movies news and entertainment to its in store Internet offer. It will also offer free access to sites, such as The Wall Street Journal that are currently behind pay walls.

So is the coffee shop becoming a media retailer where previously media retailers have become coffee shops? This move is about redefining who the reseller is and who has the brand and eyeballs to capture sales. Its fair to say that tomorrow anyone anywhere can sell media and ebooks and where we see supermarkets today we could see anybody tomorrow. Who has the biggest captive audience and can they make a viable proposition tomorrow? 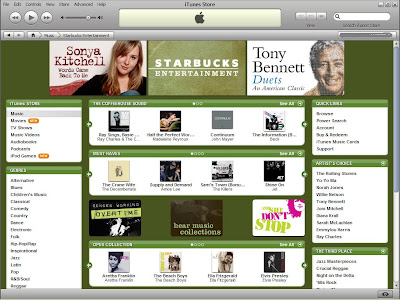 The one reality is that the coffee market is getting crowed as more chains compete and fast food chains start to go after the same market. Starbucks WiFi is already attracting some 30 million logins a month, so extending its offer to their captive market makes commercial and loyalty building sense.

Starbucks customers will be able to access the network via their smart phones, computer or tablets, as soon as they connect. A splash page presents the various options which include entertainment, wellness, business, careers, and "my neighbourhood." With partners such as iTunes, New York Times, USA Today, Zagat and advance book copies from publishers such as HarperCollins and Penguin, the aim is to create a compelling community portal. This by itself then becomes a pull to get customers to keep coming back and to build and extend the brand.

Interestingly the content is designed to last as long as a cup of coffee and a muffin. Five to twenty minute content chunks are being sought to consume in house or they can buy the content and download it to go. The content in store can also be book marked such that it remembers where you left off next time you visit.

Starbucks makes additional revenues on taking a share of all sales.

So are coffee shops for socialising or for playing games, reading, watching movies and other more singular pursuits? Its an interesting concept but you may have to have a serious caffeine addition for it to seriously alter your lifestyle.
Posted by Martyn Daniels at Friday, October 22, 2010

Absolutely ideal! I have already had this idea before. I think is a valuable business preposition.