This is a Rights Business 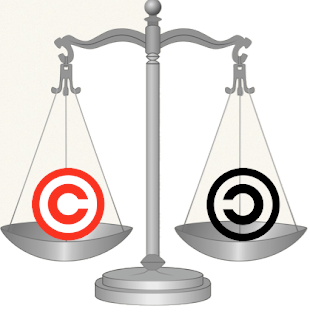 This weekend saw an interesting letter published in The Daily Telegraph ‘Books on Demand’. The letter focused on print on demand and claimed that, ‘Publishers appear to be selling material that is freely available online to extract money from unsuspecting book buyers.’

The complaint was against ‘publishers’ and was in danger of tarnishing all with the same brush. Ruth Allen was rightly annoyed to discover that a $15 Print on demand book in the US which she claims was a copy of four of her articles, which were largely her work and made freely available over Wikipedia under their Creative Commons licensing copyright agreement. She objects to her altruism being used by others for profit but as we were unable to find the material under her name on Wikipedia, it is almost impossible for us to validate her claims.

We fully support Creative Commons licensing and its fair use, but respect that its unfair usage may be difficult to control in this digital age where exploitation is merely a click, or a short ‘low risk’ print run away.

We recently discovered a more traditional book work that had been republished as a print on demand rendition by its publisher, even though the contract did not permit that, reversal conditions had been met and the request for a reversal had been ignored. We only discovered the infringement by accident and the situation has been now resolved. The question is, how much infringement is now creeping back under the print on demand long tail.
We wonder if we will all be spending more and more time monitoring and searching for infringements in the future, with more and more take down notices being issued retrospectively. The Scribd and Wattpad platforms have demonstrated how easy it is for some to infringe and also how difficult it is for all to proactively manage content. In addition to the online threat we also now have a growing print on demand environment which itself is creating ‘low risk’ opportunities to publish first at little risk and be dammed.

We now talk about term licensing of digital rights but who will know when the term has expired? We openly dispute to volume of orphan works out there with the numbers often varying according to the position taken on their adoption. It is becoming easier to scan and copy books and torrent sharing is here today. There has always been serious book piracy, it is not new but just getting easier.

Some would suggest that a rights business without a rights registry in a digital world is an open door for those who wish to exploit it and a nightmare for those who want to protect their property and rights. We are no experts on copyright but would suggest that there must be a better way than expecting the owner to spend their time ensuring that the rights have not been infringed
Posted by Martyn Daniels at Tuesday, October 19, 2010