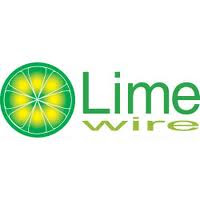 A US federal court has issued a "permanent injunction" against LimeWire one of the world's most popular peer-to-peer filesharing websites with some 50 million monthly users. In doing so it has ruled that LimeWire intentionally promoted a "massive scale of infringement" by enabling the sharing of thousands of copyrighted works by its 50 million monthly users. The legal battle witj the US music industry has taken some four years to conclude been shut down after a four-year legal battle with the US music industry’s RIAA (Recording Industry Association of America).

Mark Gorton, a former Wall Street trader, founded LimeWire in 2000 and it is claimed by the RIAA to have cost the music industry hundreds of millions of dollars in lost revenue. The site was claimed by the NDP Group to be used by 58% of people who have downloaded music from a peer-to-peer network in the year from May 2009.

The level of damages faced by the site's New York-based parent company, Lime Group, will be decided in January 2011.
Posted by Martyn Daniels at Thursday, October 28, 2010