Is Time Up On The Wrist Watch? 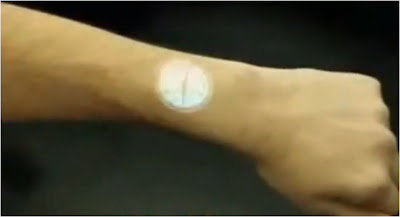 Do you wear a watch today and is it seen as mere decoration and jewellery or a practical tool? Some people today go without the previous obligatory wristband and instead use their mobile to tell the time, be an alarm-clock and tell them where they are. So do you need a compass, watch, MP3 player, camera, video recorder, clock, sat nav, radio? The smartphone is clearly redefining gadgets we previously saw as standalone.

Mintel, now claim that in a survey of more than 1,500 people in the UK, 14% said they had no need for a watch. If that were applied across the UK it would amount to some 7.2 million watchless people. Between the ages 15 to 24 the figures even doubled.
Its interesting that the wristwatch came from the World War 1 trenches where soldiers tied their pocket watches to their wrists with leather straps. It then became ubictious with self winding mechanisms. Then came the designer must have at one end the Swatch and the other the Rolex.

Personally we like the Approach of Pravan Mistry’s projected hand watch.
Posted by Martyn Daniels at Thursday, October 28, 2010