A CEO ask us what we felt was different at this years Frankfurt Book Fair. Was it 2010, or 2007 and who could tell in many cases? His question was prompted by the what he perceived to be the same people, sitting on the same chairs, on the same stands and it was clear to him that many stands had been refurbished this year. Who says publishing is conservative? Was it after all, a ‘groundhog day’?

We did see a couple of new mezzanine sanctuaries build into the sky in Hall 8. Where these built to hide those quiet and intimate conversations from the floor, make the visitor climb the stairs to the top and feel grateful, or like the towers in San Gimignano, erected to show off one’s wealth. 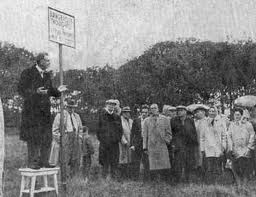 We attended a few of the new 'hot spot' sessions but felt uncomfortable with everyone. Were these meant to be like speakers corner , or a street market where the speaker cries out with passion and conviction and demands a connection with the audience. We didn’t think so and found the acoustics often poor and speakers either trying too hard or not at all. The panel sessions were as good as the panel and the questions but didn’t work for us. One panel session even had more on the panel than in the audience! The difficult thing we found was that once you sat on those cardboard boxes and the presentation started it was hard to get up and walk away as the speakers was only a few feet away and desperate to keep your attention. We felt that they somehow lacked that two way dialogue and rapport that is needed in such an intimate setting and this is not down to setting but speakers. It was like having a super group electric rock band playing in your front room in front of the family whilst grandma knitted away in the corner.

Following the lesson of this year’s London Book Fair we deliberately avoided the usual wall to wall ‘speed dating’ full diary of wall to wall meetings. We actually left gaps in our diary and were pleasantly surprised that it worked and we met up with everyone we need to plus others and were not waiting for the bell every 30 minutes and that manic rush to the next table.
Finally the sun shone.
Posted by Martyn Daniels at Friday, October 08, 2010