What Mobile Heavyweight Suits You?

So you have to buy a new PC but the old one has still got life in it and could be retire to the office if you had the flexibility to work on the go without needing glasses or extra large thumbs. What do you choose and why?

The solution will almost certainly viewed differently by everyone. 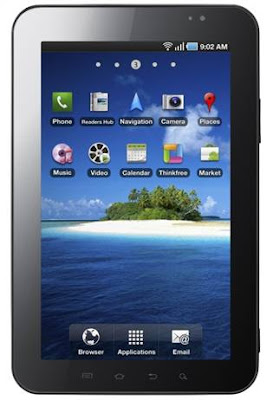 Today the UK’s largest supermarket placed the Samsung Galaxy Tablet on pre-order at £529. It is just 99p cheaper than the offer from Carphone Warehouse and Amazon. Will that turn your eye as it clearly is the best equipped tablet out today with that 7” form, Flash support and Androd 2.2 all of which Mr Jobs doesn’t like. It has twin cameras and phone capabilities and will start to make an impact on Monday, November 1st. If you want a tablet with legs look no further. 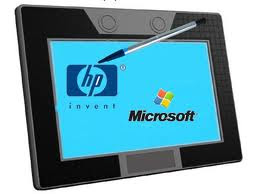 HP have just announced more on its long awaited Slate tablet which to the surprise of many is to run on Windows 7 not Palm’s WebOS. Its only a surprise given the ticket HP paid this year for Palm and begs the questions why and where is it going? The price on the tin is $799and will weigh in at 700 grams, with a 8.9” 1024x600 screen and with not only no 3G connectivity but the unproven Windows 7 fanfare. However it does have some impressive feature such as an intuitive Wacom digitiser. If you want a high end netbook with touch screen and tablet form look no further.

So what about the new updated 13.3” Mac Air or or its new 11.6” brother? Both come with no hard drives but instead use flash storage built into the motherboard. Both models are thinner being only some 0.68” max and tapering to just 0.11” some 0.10” less than previously. The same applies to weight with the 11.6” model weighing in at 2.3 pounds and the 13” one at 3 pounds. The Macbook Air has a full size keyboard and trackpad. The real difference is the flash storage which reduces weight, is more rebust gives more space for a bigger battery. The result is the claim from Apple that the 13” model can give some 7 hours and the 11.6” some 5 hours of battery life on a single charge. The flash storage also gives a near instant switch on and its claimed that you can leave the machines in standby mode for up to 30 days!

Another interesting consideration is that of operating systems with mobile battles raging whilst the rest mainly divide between Mac and Windows. However Apple has now previewed its next major OS version called Mac OS X Lion and positioned it to arrive in summer 2011. Jobs claims that Lion is about "Mac OS X meets the iPad." Lion will deliver a Mac App Store , similar to the App Store for the iPhone, iPod touch, and iPad. This will enable users to purchase and download apps as they do today with a one-click download and automatic updates. Apple now plans to open a Mac App store this year for use on Snow Leopard.

So would you buy an iPad, a Galaxy, a slate or a new MacBook Air or something else?
Posted by Martyn Daniels at Friday, October 22, 2010