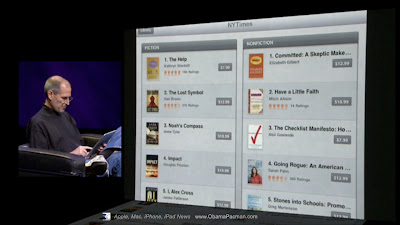 To some the agency model appears to be the way forward and the answer to discounting of ebooks. To others it seems to not only like a step backwards towards fixed price maintenance, but similar to the boy sticking his finger into the dam and hoping it will stop the flood.

This week came an interesting piece from the Doris Booth, Editor in Chief of Authorlink titled ‘Publishers’ Agency Model Punishes Mid-List Authors’ and we recommend it be read, irrespective of your persuasion. Booth has a witty take on the conversations that may have happened between the publisher and reseller and also points out the flaw in Macmillan CEO, John Sargent’s public defence of his actions from a mid list author’s prespective.

Many analyse the maths and conclude their perspective is correct. It is hard to argue with maths, but we first must agree on the common figures which are to be manipulated and there we often unfortunately loose the will to live. We however take a very simplistic ‘value chain’ approach that views, the author putting value in at one end and the consumer putting cash in at the other. Everyone in between has to add value and justify the cash they take out, or their place in the chain. There is no divine right to exist and no matter who you are, you have to earn your place between the author and reader.

In free markets competition is healthy and although it often drives down prices and rewards this keeps everyone on their toes and ensures the consumer gets a competitive price. A fixed price market often creates pockets of fat and can result in a poor deal for those that count, the creator and the consumer, whilst making a guaranteed deal for those that should be striving to add value.

It is interesting that the agency model was introduced with Apple iBookstore and introduced contractual price fixing on ebooks and a simple way for them to calculate revenues. Why are physical books different why isn’t price fixing introduced to these and why is the consumer subjected to false regulation in one format and not in another?

The agency model like the Google Book Settlement before it appears to being force on the industry by some who some would say know best. However just like these other leaps into the dark it appears to be ill conceived and now faces review by two state Attorney Generals. Also there are tax collection issues and the need for retail pricing strategies that are often foreign to publishers. It has already been adopted by a number of large publishers and resellers, but the issues surrounding the new agency pricing may be far from over.
Posted by Martyn Daniels at Saturday, October 02, 2010

Thank you for writing on such an important (and sometimes rather convoluted topic). Having read the article you have referred to, I think your commentary is a great take on this issue. In particular I think this is the best summary of our current state of affairs "There is no divine right to exist and no matter who you are, you have to earn your place between the author and reader".