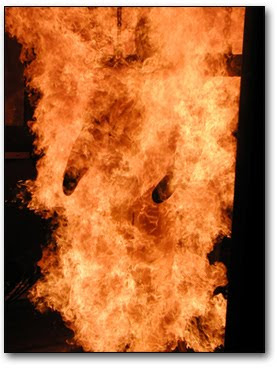 Adobe’s Flash toolset is a very widely used on websites and powers animations, media players and other multimedia elements.

The fractious war of words between Steve Jobs and Adobe has once again been escalated by Jobs. First Apple changed their app development rules and in doing so ‘black listed’ Adobe’s CS5 toolset that would allow developers to quickly translate Flash code to run on the Apple platform. The initial move by Apple effectively forced developers to develop two applications - one for Apple products and one for everything else.

Jobs wrote openly stating that Adobe’s Flash is not fit for an era of smartphones and touchscreen devices and that experience had shown it results in "sub-standard apps".
Adobe response was to turn its back on Apple and embrace Google’s Android platform and also RIM, Palm, Microsoft, Nokia and others. Jobs may say many things about Flash but if it performs on the other platforms, he may be seen as more of a control freak than many even think today. More importantly, he has to keep the app developer community onside and they have the power to say enough is enough and focus elsewhere.

Meanwhile, Adobe have now decided to practice what it preaches and will giving everyone of it employees a free Android-based mobile phone and they will demonstrating an Android version of Flash at Google's I/O conference this month.

Google is caught somewhat in the middle, happy that there is a differentiator between Android and Apple and one that also supports its products including Gmail and Youtube. But it is also a supporter of HTML5 and H.264, which are the competing standards to Adobe's Flash.

Some would say that it is total hypocrisy for Jobs to described Flash as "closed and proprietary". Importantly we have to also recognise that in 2008 Steve Jobs said on the Kindle and reading, "It doesn't matter how good or bad the product is, the fact is that people don't read anymore... The whole conception is flawed at the top because people don't read anymore.”
Posted by Martyn Daniels at Monday, May 03, 2010