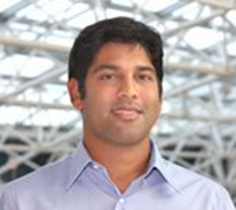 We were impressed when we heard Neelan Choksi, one of the founders of Lexcycle, speak at ‘The Tools of Change’ conference last Frankfurt. He displayed enthusiasm, genuine interest in publishing and a clear understanding of what drives users, commerce and how to apply technology. He has now decided to quit the company he helped establish just one year after it was swallowed up by Amazon. There is no clear statement as to why Choksi has gone and the Stanza ereader remains one of the most respected in the market.

Some would suggest that Amazon’s track record on acquisitions has been more about taking out players than integrating them. Mobibook was seen by many as a reputable and safe reader and DRM service which Amazon bought and which effectively has been hung out to dry. Others would point to Audible who were clearly owning and tearing up the audiobook market, but now appear to have stalled along with their sector. Then there was that great clearing house of rare and used books ABE and its merchant programme …

Can Amazon absorb acquisitions? The record appears to say not as there is always start with much talk about backing the entity to move forward as before but within a larger family and then some would say that there is often little substance to support that.

As for Stanza the star still shines, but it’s dimmer and lives somewhat outside of the Bezos Kindle world. Before Amazon bought them Stanza had declared their intent that they would embrace Adobe’s ACS4 DRM. This would have been a significant move which would have opened up DRM ebooks on mobiles, but one year later that obviously got dropped. Logic would say it would be good to have Stanza and Kindle both reading the Amazon files. Logic would say that Stanza offers Amazon some extra protection against the new threats of Apple and Google, but little can be seen that thinking prevails in Seattle.
Posted by Martyn Daniels at Monday, May 10, 2010