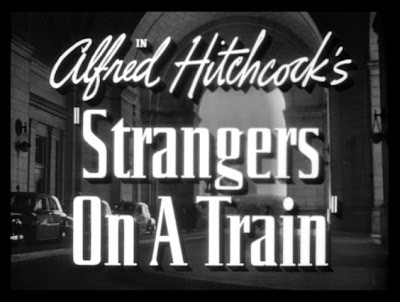 Beware of strangers was and is good advice.

This week we read that Google Editions is aiming become the wholesale digital aggregator to the retail channel and line up with the ABA as they have already announced with the UK BA. It makes sense on two counts in that it starts to make friends with those it was in danger of alienating with its Book Settlement and it also offers booksellers a ray of hope when everyone else is trying to digitally circumvent them. The only caution is that Google control the terms and can effectively change these just like others have effectively designing the affiliates in and then when they have the connections, designing them out.

In another interesting move Apple’s now wants to be a publisher and follow Lulu and Amazon into the self publishing space. Authors are now starting to get serious channel opportunities and could start to disintermediate the old model. If you are an author with a strong back list, or a mid list author with a good following why not self publish on Amazon, Apple, Barnes and Noble Google and wherever else? If we think about it, these will be the major digital channels in the near future and with relatively little effort authors have exposure, or sales potential, to the majority of the digital channel. As a self published author you don’t ned to carry the corporate baggage and cost structure, your fixed costs are you. The author also has a very powerful too in being able to set their price at a far more appealing level than the traditional market. Google can even offer exposure the author exposure to localised markets and stores.

Retail is about the right product, right price and right time. These new digital omnivores certainly look like they are hovering up not only the books the industry wants them to sell but also the books it has forgotten, lost and ignored. In adopting an agency model the publishers may have gained control of pricing and lost control of the channel and many authors. A further thought is that in this new world mass marketing and spending money on glossy ads in trade magazines isn’t going to cut it.

Finally we wonder how those censors in Appleworld HQ are going to deal with self publishing books? Erotica under the shelf in plain wrapping, some editor cuts or a sensible approach and no censorship?
Posted by Martyn Daniels at Saturday, May 29, 2010

If you are an author with a strong back list, or a mid list author with a good following why not self publish on Amazon, Apple, Barnes and Noble Google and wherever else?

The catch is that, in the current disorderly state of the market, writers must not only deal with each separately (formatting issues and uploads included), we must sign detailed contracts with each, contracts that threaten unspecified doom if we deviate in the slightest from a list of conditions that an author, concerned about other matters, is likely to forget. And those conditions could potentially interfere with an author's attempts to aggressively market his work.

The cause isn't hard to diagnosis. Amazon, Apple and Google, would be monopolists all, don't want to concede even the slightest advantage to the others, however brief and trivial. Each wants to burden us as authors with their phobias.

Never has a new technology come into use with more irrational fears among those implementing it. DRM, competing formatting standards (all of them inadequate), and now all this legalese. It's enough to make a grown man cry.

Smashwords does allow writers to get onto Apple, B&N, Kobo, and Sony with one contract and one Word-formatted upload. That's good. But there are still legally unpleasant contract conditions with some outlets.

And a deal with Amazon is apparently in the works as soon as technical issues can be settled. But that's likely to mean yet another phobic contract. Amazon is perhaps the world's greatest control freak. I turned down one of their author programs because it included a nasty non-disclosure provision. As I told someone at Amazon, "There's absolutely nothing about this program that gives me any insider knowledge of Amazon. Why are you including this provision?" She raised the issue with their lawyer, who insisted that it remain, so I refused to join. Those who signed may not have realized the legal risk they were taking.

This resembles the hype that surrounded the Google Book Settlement for so long. A lot of people are gushing about the wonders of this new technology without looking at the substantial downside. With the original GBS, it was the destruction of the US copyright of every out-of-print book on the planet. With ebooks, it's the most gosh-awful mess you can imagine.

None of the major parties wants to cooperate to make things work smoothly. Each is jockeying for what it thinks is its own advantage. It's sad.

I agree Michael but these new parties are new entrants and the sad thing is that the existing parties have failed to see the opportunity and make the difference.

We have two distinct parties one living in the past focused on the front list and best sellers and the others wanting to break the mould but on their terms.

Publishing was once a cottage industry and is best suited to that model but needs the open ecosystem to support it. Corporate publishing has its place but is like News Corp running MySpace - out of its comfort zone.