On one hand we have Seth Godin’s view on textbooks.

‘They are; expensive, don't take you from a place of ignorance to a place of insight, are out of date and don't match the course,are far from engaging or inspirational and are incredibly impractical.’

‘Professors should be spending their time devising pages or chapterettes or even entire chapters on topics that matter to them, then publishing them for free online... Any professor of intro marketing who is assigning a basic old-school textbook is guilty of theft or laziness.’

‘This industry deserves to die. It has extracted too much time and too much money and wasted too much potential. We can do better. A lot better’. 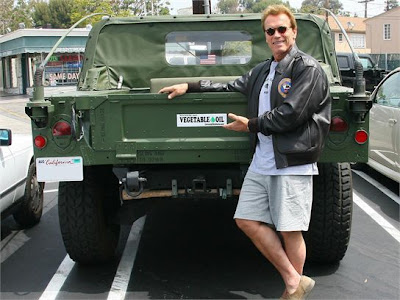 California Governor Arnold Schwarzenegger has launched a program widely reported and that is intended to get public schools to use fewer textbooks and more online learning materials. However are his motives on the same lines as Godin’s? Maybe Arnie is trying to turn the planet green and sees the paper and process of textbooks wasteful? Maybe its all down to money and voters?

The aim is to get the state's 6 million public school students to use more online learning materials and saving millions of dollars a year in textbooks. The question is how much will the program cost and will the savings be greater than the cost. It’s interesting to note, that in the state that spawned Google, Apple and Facebook, the biggest beneficiaries may be the Silicon Valley companies that drive much of the state and will have to provide the infrastructure.

Will Schwarzenegger's proposal merely increase disparities between students in poor schools and those in middle-class or wealthier districts or provide a level playing field for all?

Schwarzenegger has already billions of dollars from school budgets over the past two years and has proposed another $5.3 billion in education cuts next year cutting the textbooks and instructional materials from $419 million to $350 million last year.

One factor that could undermine the initiative is the extent of technology in California classrooms. Education Week gave the state a D-minus this year for having on average, just one computer for every four children. The online material is likely to be supplemental to the textbooks and will result initially in California still buying traditional books.

California's plans to drop traditional textbooks in favour of online material will no doubt get many plaudits but will it succeed in improving education, the budget or merely keep the Valley folk happy?
Posted by Martyn Daniels at Tuesday, June 16, 2009