Samsung Jets In But Is IT Enough? 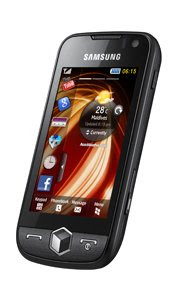 Samsung has launched the Jet S8000 smartphone in the UK. Its 3.1 inch touchscreen display has an impressive 800x480 pixels, sharper than any others. It also has a new version of the Touchwiz Navigation system, a fast 800MHz processor and universally accepted connectors such as a 3.5mm headphone socket and a microUSB port. In addition, the phone comes with a 5-megapixel camera with a flash, built-in GPS, DNS and SRS Sound effect, DiVX and XVid video support as well as Samsung's own Dolfin Webkit-based web browser plus support for Microsoft Exchange Active Sync. Other goodies include WiFi and 3G connectivity, a FM Radio with RDS, 2GB built in memory and support for a further 16GB worth of storage through microSD card reader.

On the plus side it certainly has the power to deal with Flash and video on the minus side it comes with Samsung's own operating system and although thousands of Apps are promised its this aspect that is deciding the winners from the rest today in what is becoming a crowded space.
Posted by Martyn Daniels at Tuesday, June 16, 2009

I think Samsung S8000 it's a great phone, one of the best I have ever had. The screen is amazing, SRS Sound quality is good, 5-megapixel camera camera is fantastic, call quality is very good too. overall a great device to own. And it's not 24k,I purchased it with 21k. And it will be a shame for this device if I compare this to a crappy 5800XM. Samsung has really done a remarkable job. thanks for the wonderful entry.