Fighting the Flood of Digital Piracy 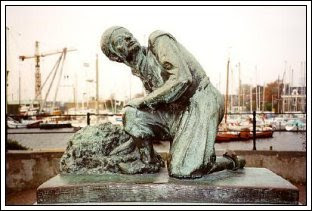 The UK Publishers' Association is reported last week in the Bookseller as having recorded around 800 illegally uploaded texts and successfully helped to remove almost 90% of them from the web in February. The PA’s infringement software adopts the DMCA (Digital Millennium Copyright Act) approach of issuing take down notices and tracking the files removal and offenders.

The one thing that is certain is that relying on take down notices is akin to Hans Brinker sticking his finger in the dyke at Haarlem to plug the hole, but this time it doesn’t work, is too much effort and we only have so many fingers.

The problem we have written about is that this is based on a safe habour approach for the services hosting the files and is reactive and not proactive, so acts after the cat is often out the bag. Service suppliers can only go so far in vetting files being loaded before their safe harbour status can be brought into question.

Sites like Scribd and Wattpad, that potentially offer so much, are caught between a safe harbour and a hard place. However they are only the tip of what is and remains a big iceberg. We have been shown a pirate copy of a highly expensive and prized work which the publisher had not digitised for fear of being pirated. Some may say an open invention to the pirates and one which they have taken. The quality of the pirated work was impressive and amazingly it was being given away by the pirate for free.

So we now have the altruistic pirate who is not even after the money and will spend considerable time to create a near perfect digital rendition of a complex work. This is a digital cover made from the physical book being scanned, OCRed, and then text over image and links being applied to match any digital rendition. This cat is certainly out the bag and having kittens.

So like rabbits you shoot at one and ten more appear all over the place all in different sizes and shapes!

The UK government look set not to follow the French ‘3 strikes law’ and move instead to a half way house where ISP have to slow the pirates down by reducing their access speed. It’s akin to condemning a driver to the slow lane because they broke the speed limit. We can’t see the music industry liking it, nor the ISPs, so it’s a perfect compromise and will leave all unhappy. Importantly it fails to address the cause and merely sticks yet more plasters on the patient.

There doesn’t appear to be an answer or a route that at least mitigates some of the risk? Some would argue that the problem is small, on a similar level to store shrinkage and maybe not worth any extra effort. We would disagree.

Today the book industry is ill prepared for the potential risk. On one hand everyone is jumping up and down heralding the digital dawn and ebooks and ereaders and getting more publicity than previously dreamt of. On the other hand the digital content is for many reasons only slowly materialising, which fuels the appetite of the pirates. We have exclusive device deals which restrict and marginalise the market. We have a lack of clarity on pricing which confuses the consumer and again is a green light to pirates who can make their offer simple and uniform. We have DRM.
Posted by Martyn Daniels at Friday, June 05, 2009