Will Kinect Be Bigger Than Tablets? 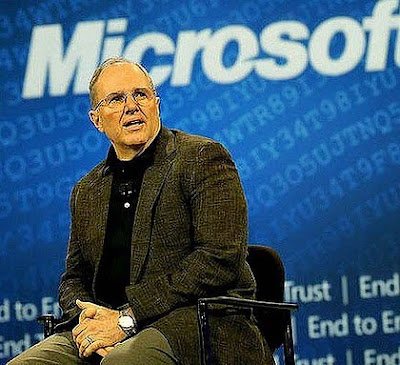 Speaking at a lunch held in Sydney by the Committee for Economic Development of Australia (CEDA), Microsoft ‘s chief research and strategy officer Craig Mundie, has predicted the death of tablets and claims that their existence will be short lived as they get squeezed by the ever decreasing gap between smartphones and laptops. He said, "I think there's an important distinction - and frankly one we didn't jump on at Microsoft fast enough - between mobile and portable,"

So is he right or wrong and is it merely a push to get PR or a genuine vision of change?

What we do know is that the tablet is consumer market’s hot device today, but that means little as technology can change so fast. We know Miscrosoft is working to get their own tablet OS out this year but that they pulled the plug on their own Courier tablet last year.

Mundie admitted Microsoft’s failings but that they are determined to go after the smartphone market and even envisages a phone that beams light directly into your retina so you can view HDTV.

As for desktops, Mundie predicted, " the successor to the desktop is the room, that instead of thinking that the computer is just something on the desk that you go and sit in front of, (in the) future basically the whole room is the computer and you go in it."

Mundie discussed the Xbox 360 Kinect motion-sensing accessory will be be soon offered for the PC. This could be very interesting as it starts to free the computer interface and make in more intuitive using gestures and voice commands, or what Mundie calls this the "natural user interface". This could revolutionise many aspects of technology and human interface such as teaching, healthcare etc. This by itself could change the way we look at and interface with technology and even support some of the thinking expressed by Mundie re tablets.

Mundie predicts that within five years computers and televisions would be sold with Kinect sensors built in.
Posted by Martyn Daniels at Thursday, March 31, 2011