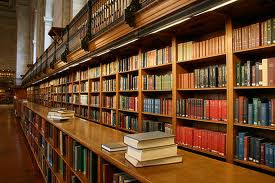 We have all read the press coverage, but what is often far more enlightening is industry and specific feedback from blogs.

Here are some articles worth a read:

From the Hathi Trust
Libraries are not leaving the future of digital books to Google. In light of Judge Chin’s rejection of the Google Books Amended Settlement Agreement, Authors Guild et al. v. Google, HathiTrust will maintain our commitment to long-term digital preservation of library collections curated by generations of librarians at great research libraries around the world.

From Jane Little at Dear Author
I saw some people indicate that they thought this was a blow to Google. I don’t perceive it to be a blow to Google in any way. In settling, the plaintiffs gave signals that they believed their copyright infringement claim was weak. Post ruling signals repeat this.

From John Bergmayer,a staff attorney at Public Knowledge and a member of the Colorado Bar.
As for orphan works, Congress needs to act. The law needs to be fixed to allow orphan works to be used in reasonable ways while respecting that they’re still under copyright. It’s great that Google and the Guild thought creatively about how to pay any orphan works rights-holders who eventually came forward, but a situation where the orphan works problem is “solved” by creating a monopoly digital library is untenable. If Google is able to exploit orphan works, then anyone else should be able to on the same terms.

From J Mullin at PaidConent.org
The best result that could come from this settlement would be renewed attention among thinkers, librarians, and Congress to the serious problem of how to create the universal library that future generations deserve. Now that those who complained about the “audacity” of this deal have won the day, we all need—not just Sergey Brin—to start thinking audaciously about how to study and preserve human culture in the digital age..

From James Grimmelmann Associate Professor at New York Law School writing at laboratorium.net
My read is that the parties are not enthusiastic about litigation. This has been a long road, they are tired, and the publishing world has moved very quickly from underneath the settlement. They will be happy to have a settlement that lets everyone claim a kind of minor victory, and to be done with the ordeal. A few of the author objectors, who would like to see Google razed to the ground and Mountain View sowed with salt, will continue to object, but most of the others will quietly shuffle away.

Finally a schematic from Library Copyright Alliance which chart the many ways forward for Google Books Settlement (PDF) Specifically it's the "March Madness" developed by Jonathan Band.
Posted by Martyn Daniels at Wednesday, March 23, 2011