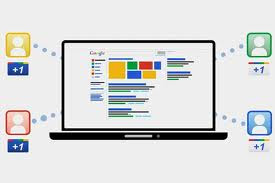 Google’s hold over the search world is significant and everyone understands the term 'to be Googled'. They have built a massive business on their ability to index the world’s information and render it on demand along with Ad Words and other advertising revenues. Now Microsoft has taken an anti-competition complaint against them to the European Commission.

In a detailed blog, Microsoft's general counsel, Brad Smith, outlined the Microsoft's claims that Google used its dominant position in the search market to restrict the growth of Microsoft services:

But search by itself may not be enough in today's socially connected world. So it’s interesting that on the same day that they are accused of abusing their search domination we have Google settling an FTC complaint over their faile social network service ‘Buzz’ . According to the settlement, Google will have an outside privacy audit biennially for the next 20 years, and won’t use personal data it collected for one purpose for another without permission. More interesting however, is its fresh attempt to muscle into the social network scene and take on Facebook.

Google has now embarked copying the ‘like’ features of Facebook in order to add a social element to its core search service. It’s new ‘+1’ buttons will appear next to its search results and adverts and will enable users to signal personal preferences that would then appear in other search results seen by their friends. With +1, anyone with a Google account can register a vote of approval, which can then be seen by other searchers.

Google explained in a blog post :
When you do a search, you may now see a +1 from your slalom-skiing aunt next to the result for a lodge in the area. Or if you’re looking for a new pasta recipe, we’ll show you +1’s from your culinary genius college roommate. And even if none of your friends are baristas or caffeine addicts, we may still show you how many people across the web have +1’d your local coffee shop.

Google state that the vote currently will not change advertisement positioning or cost. Google appear to be trying to get users to create a public page and identify services that work with that page and then they have a reverse built social network which supports advertising growth.
Posted by Martyn Daniels at Thursday, March 31, 2011