iPad2 and the Tablet Contenders 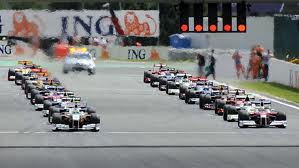 Apple has launched its second generation iPad tablet computer. The new model has a faster processor, front and rear cameras, improved graphics and it is a full one-third thinner than the current iPad and some 15% lighter at 1.3 pounds vs. 1.5 pounds.

In 2010 Apple was the only tablet show in town. According to research firm Strategy Analytics up until September Apple had some 95% of tablet computer sales selling some 15 million units in the year. However by the end of the year the figure had fallen to 75%. The Android tablets made that slide and now are joined by other platforms such as Microsoft's Windows 7 and HP's WebOS. Some 82 new tablets were launched at the CES show in January. However despite the new platform entrants it is hard to see anything but a two horse race between Apple and Google.

iPad 2 will go on sale in the US on 11th March, followed on the 25th by 26 other countries, including the UK and pricing will remain as with the current iPad.
But what about these new contenders?

The Motorola Xoom tablet is probably the prime contender today to compete with the iPad and is planned to be released in the UK at the beginning of April and will ship with Google's Android 3.0 Honeycomb operating system, Nvidia's Tegra 2, dual core processor, 1GB DDR2 RAM and 32GB of storage. Other features include a 10.12 HD widescreen display, 5-megapixel rear-facing camera and a 2-megapixel front-facing camera, support for 1080p HD video and video calling over Wi-Fi, 3G and 4G, a 1,280 x 800 display weighs in at 730g.

There are many good points but it will be very interesting to see if the UK Xoom will ship with Flash support, as this will give it many supporters day one.
It will priced alongside the iPad at £499

Samsung plan to introduce "more surprises" at their 22nd March event. It is strongly rumoured that they will introduce an 8.9” model its Galaxy Tab range which includes its 7” model and a 10.1” model they announced at Mobile World Congress last month.

They may have been the first contender against Apple but they somehow still lack some sizzle and the 7” doesn’t excite even before you use it.

Unveiled at Mobile World Congress last month the tablet features a 8.9” display and LG are good at making the design work but will we still be looking at a prototype or a contender?

Dell are building a family from 5” phone to 10” screen with the 7” halfway house. Dell has a good solid reputation and ability to deliver cool looking devices built on a solid brand. Probably, a good ‘safe’ contender.

This is certainly the great unknown having chosen to run on the yet to be released dual-core Snapdragon APQ8060 1.2GHz CPU and also their Palm webOS 3.0. The touchpad appears to be one of the most powerful tablets but will its independent approach to CPU and OS work in its favour or as we suspect against it. Probably appeal to the safe corporate buyer but who is going to write those apps to feed the demand?

The 7”Flyer should benefit from the strong performance of HTC on the Android smartphone platform. However it chose Gingerbread instead of Honeycomb and is built on single core processor which may appear dated very quickly and more apps search for power.

Another 7” expected out in the second quarter. It will certainly appeal to all crackberries but will it appeal to those who have survived without the Blackberry? The other challenge the RIM has is whether it will cannibalise existing Blackberry business as it will do more than the corporate brother and could certainly appeal to those businesses who have a crackberry habit. However it other big challenge is the lack of apps and that could well become its Achilles Heel.

Tablets are devices to be seen with and therefore must first past the ‘cool’ test. They then need to be full of fun and that means media and apps and only Apple and Android tick those boxes today. They must also be different to the PC and smartphone and offer the appropriate experience that others can’t and today that is the big challenge as we need more content and designed content. Finally, they must make economic sense to all and Apple’s Tax Booth has certainly set some thinking back a few months and opened the devices to being super browser and cloud players.