EU Aims Their Arrow+ on the Heart of Digital Copyright 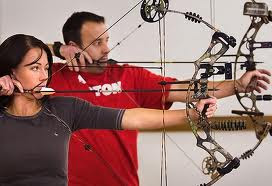 There are two rights issues we have written so much about over the last few years, one being the hierocracy that publishing is a rights business without a rights registry and the second being the need to protect orphan works from wholesale abuse and exploitation whilst freeing them from digital obscurity.

On march 10th European commissioner Neelie Kroes spoke to IFRRO (The International Federation of Reproduction Rights Organisations) on the launch of ARROW Plus (Accessible Registries of Rights Information and Orphan Works towards Europeana). Arrow was established in 2008 to identify the copyright status of European works and do through co-ordinating the activities of libraries and rights management bodies to estrablish the details of who owns the copyright in written works. Arrow will now be extended to Arrow Plus and cover multimedia material and is seen as a critical component in the reform of the law surrounding orphan works.

In her speech Kroes stated that Arrow Plus was now aimed at addressing what she referred to as a serious risk of a "20th century black hole" on the internet. She stated that ‘estimates of the number of orphan works in cultural institutions vary from ‘around 20% for films and slightly less for books, at the low end, to up to 90% for photography at the high end…The British library estimates that 40% of works in their collections are orphan and over 1 million hours of TV programmes from BBC archives are not used due to the impossibility or the disproportionate cost to trace rightholders – and the risk of a subsequent legal action is simply too great for this material to be made available online.’

She went on to say that, ‘while the US is looking for solutions through complex judicial means, Europe should move forward and find innovative practical solutions for tapping the huge treasures of our culture.’

Kroes importantly outlined her “Vision” ‘One search in ARROW should be all you should need to determine the copyright status of a cultural good in Europe. If it were embedded in the forthcoming Directive on orphan works, ARROW could become the official portal in Europe where you can find essential rights information and do automated searches of rightholders and copyrights. In the medium-term, it could cover all European print works (books, magazines, etc.) in the EU, and afterwards – why not? – also photographic and audiovisual works.’

‘ARROW should become a one-stop shop for determining, easily and quickly, with full legal certainty, whether a work is orphan or not, out-of-distribution or not, and so on.’

We respect that there will be a need to compromise as the Arrow Plus project moves forward but respect that it recognises the two fundamental issues and is attempting to address these not from a single party’s or group’s interest but from a collective standpoint that includes all interests. This alone is a major step forward to that on offer today in the US whilst it awaits Judge Chin’s decision.

Kroes, as in Neelie Kroes is a female. Please check your facts when you write about a person!

I apologise and corrected

Martyn, what do you personally think? Not sure that this is one of the decisions US can be proud of, right.

Today we live in a US and the rest world, where the drivers are often seen to be in the US and very US centric. The rest are trying to sort themselves out, but are being held back by non or parochial action. GBS was bad news from day 1 and not sorting it is just another bad hair day.

We are were we are today and we need to sort out a rights registry and look at how we manage orphans in a digital world that they weren't built for. The US says lets hope google does for us. The EU says lets sort it out through Arrow etc.

The answer lies somewhere in the middle but a rights industry without a register is like a car without wheels, a ship without navigation and a business without accounts.

As we move to be more media orientated then a books registry will be found short. Anyone who has tried to close down photo, film and other rights will tell you it isn't easy.