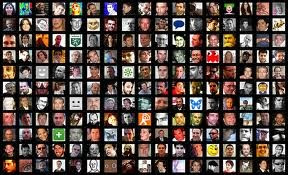 Remember a social networking site called My Space? It transformed Lily Allen from a bedroom performer into a star and the Arctic Monkeys from an obscure Sheffield band into headliners. It once had the market share of social networks and was the place to socialise, but today it is shrinking, looks like yesterday’s news and is no longer the hip and the place to be seen.

MySpace have already tried to refocus the service on music, but perhaps music alone and a ‘music destination’ is just not enough.

Analysts ComScore claim that MySpace lost more than 10 million unique users worldwide between January and February this year, reducing the number of users from 73 million down to 63 million. Worse still is the year on year drop which equates to some 50 million. Some may say these figures are very respectable and they would be if the trend was in the ascent but in the decline they could so begin to freefall.

MySpace has already announced plans to cut some 500 of its workforce and Rupert Murdoch's News Corp 2005 purchase is starting to turn into a dog and some would now value it at around just 15% of the £330 it cost.

Facebook and YouTube have established themselves as the social hotspots today with many now falling by the wayside. MySpace even faces further competition from streaming services and blurring of media MySpace looks destined to become either very niche or quickly forgotten part of News International.

Meanwhile there are plenty of social wanabees and last week Simon & Schuster Children's Publishing has launched an online interactive book club for tweens on Everloop, a recently launched social media platform for tweens. Simon & Schuster had launched the club to connect tweens with favourite books and authors and will begin with "Dork Diaries: Tales from a Not-So-Fabulous Life," by Rachel Renee Russell and "SPHDZ Book (hash)1!," by Jon Scieszka. Book club members will be able to engage in online discussions with authors.

Connecting young readers and authors is hard as sites like Facebook are very conscious of the dangers of social networking and bans a reported 20,000 children a day from using the service. So along comes Everloop to fill the gap between the ages of 8 and 13 and ties every child to an adult but just because the adults like it doesn’t mean its hip to the kids and it still has to police this ultra sensitive market? Once a child is no longer a tween then by its own rules it moves on and probably to Facebook. If Everloop succeeded it could be huge, if it fails it goes the way of Bebo, AOL and others who have been down this path.

The problem for publishers is that they are struggling to build up a network and build a service. When the figures don’t meet expectation they then have to determine whether its down to them, or the service.
Posted by Martyn Daniels at Monday, March 28, 2011