Wonder at Gallery Masterpieces From the Armchair 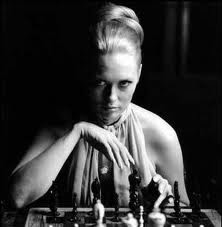 Imagine a world where you don’t need to leave your comfy armchair to go to the library, the cinema, the newsagents, the bookstore and the gallery? We are not taking local ones but global ones and virtual national libraries and galleries. Why go to the Palace of Versailles or a national library when you see a virtual tour from literally anywhere? Image Thomas Crown planning to rob a painting from the Metropolitan Museum today. Google can provide the instant floor plan and probably identify all the detectors!

Now Google's Street View technology is to be taken indoors to capture some of the world's most famous art galleries, such as, Tate Britain, the National Gallery, the Metropolitan Museum of Art in New York, the State Hermitage Museum in St Petersburg and the Palace of Versailles in France. There are some 17 museums which have agreed to offer 360 degree virtual tours of their galleries.

In addition to the 1000 artworks on gallery walls, each gallery is offering one painting to be captured in around seven billion pixels, making around 1,000 times more detailed than an average digital camera.

No more school trips, it can be done in the classroom. However, the museums believe that rather than deter visitors the service will stimulate even more visitors.
Posted by Martyn Daniels at Wednesday, February 02, 2011