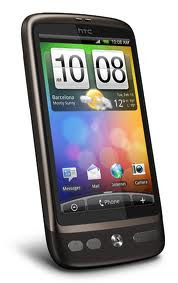 Apple's iPhone has slipped from number one to sixth place in the list of the most sought after smartphones in the UK claims mobile tracker uSwitch.com which ranks the UK’s favourite mobile handsets based on live searches and sales.

HTC dominate with their Desire model number one followed by its HD brother and the Wildfire model. Them comes the Blackberry Curve, The Samsung Galaxy and then the Apple iPhone 4.

HTC has certainly stolen the mantel and have build a formidable contestant and range of offers. They are not offering just one option and have exploited Android technology to compete head to head with Apple. The big challenge is whether they will now step up and take on Apple on the iPad with a similar approach or leave that battle to the likes of LG, Samsung, Dell, HP etc?
Posted by Martyn Daniels at Wednesday, February 23, 2011