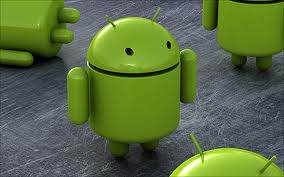 According to research firm Canalys, Google Android is now the No.1 mobile operating system in the world,.

The claim is made in a new report from Canalys and states that 32.9 million Android-based phones shipped worldwide in the fourth quarter. That is greater than the 31 million Symbian-based phones that shipped over the same period. The rise in take up of Android is breathtaking with a growth from just 9% to 33% in year on year figures!
Symbian has dropped from 44.4% to 30.6% market share, whilst Apple achieved 16.2 million or 16% share and in forth place RIM 14.6 million and 14.4% share.

Meanwhile Microsoft has clearly lost what ground it had and only achieved 3.1million compared with 3.9m in Q4 2009. Its also worth noting that some 2 million of these were Windows Phone 7 OS which clearly indicates that it isn’t making the impact they desired and a third of shipments were still on the old Windows Mobile OS.

Not only is this the first time Symbian has been overtaken but it seriously questions where Nokia are going and whether they are losing their grip of this new smartphone market. It also shows the brilliant strategy adopted by Google to focus on the system and not try to create a one stop environment. It reminds us of that killer move Microsoft made against Mac way back when Windows was accepted by all the manufacturers and Mac was let by itself.

Google first unveiled Android in late 2007 and was widely accepted by carriers and manufacturers alike. Google are currently working on 3.0 version of the Android platform, which is being configured specifically to run on touchscreen tablet computers. They again have chosen an inclusive approach.
Posted by Martyn Daniels at Wednesday, February 02, 2011